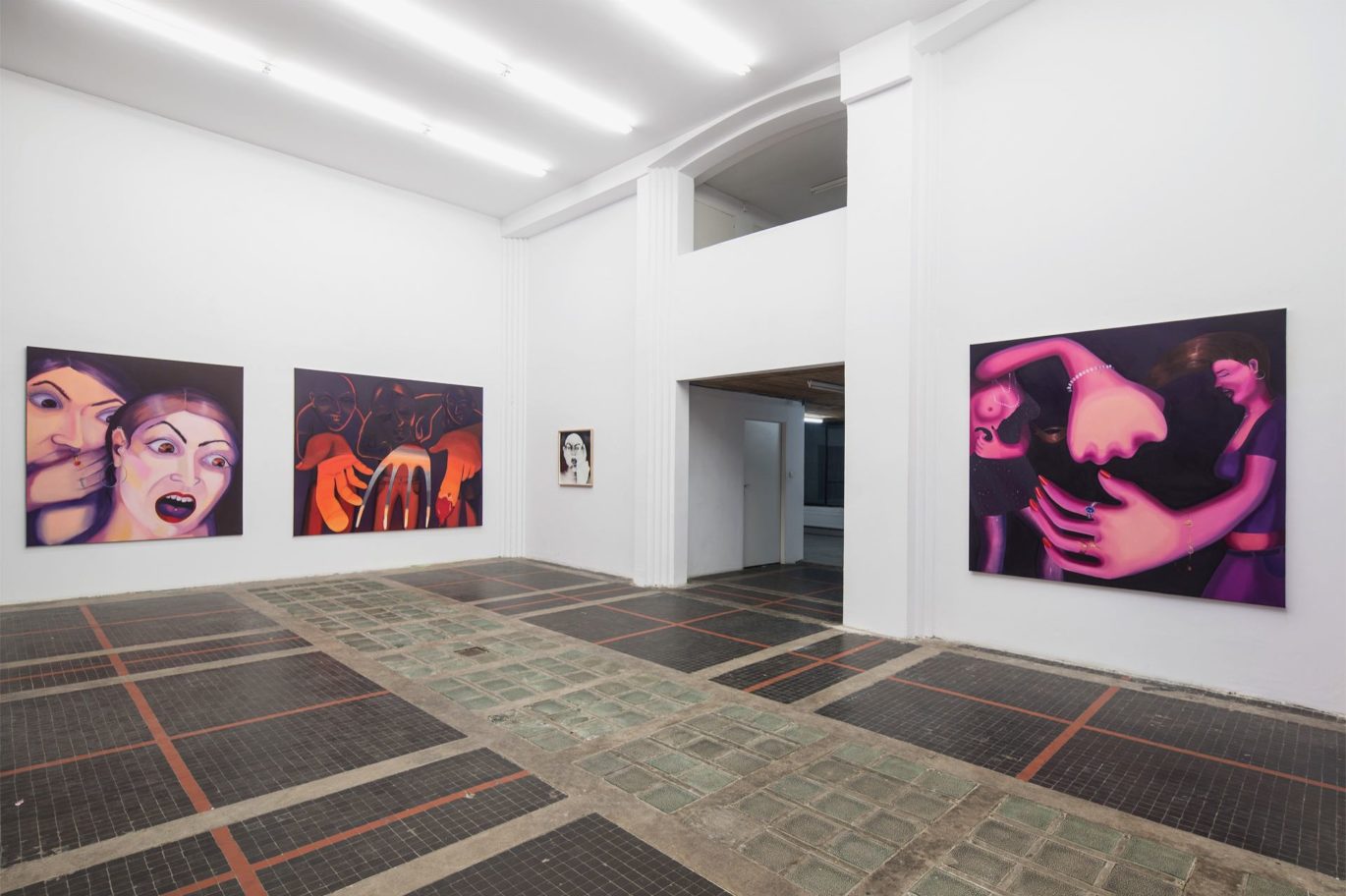 Slip­pery draws from both film and theatre. The charac­ters in Jabłońska’s pain­tings give the impres­sion of being carefully posed, but they clearly take pleasure in playing the roles assigned to them. Generally, the theme of the pain­tings is relationships—spiked with eroticism and violence, tinted with the lights of late-​night bars and the cheap glare of the disco. It’s a choreography of mun­dane desire and hyper­sen­sitivity that imper­cep­tibly but naturally shades into aggression.

Jabłońska’s pain­ted bodies are out­sized and over-​expressive, soft and flexible. The col­lision of soft with soft strug­gles with Sisyphean impos­sibility. The figures in the pain­tings thus puff up grotesquely and coalesce, tug at their hair and clothing, but ultimately, instead of the crun­ching of bones they feel sticky embraces and bleeding kisses. The situation is damp, stifling and slippery.

There is Lyn­chian gloom and ten­sion here, but also inexpen­sive acces­sories mined from the prose of Dorota Masłowska, along with sneakers, tat­toos and pain­ted nails tying the charac­ters to the present day. They share the convic­tion that the only possible future will happen this very night. The roles are known, because they were assigned long ago. There remains a shared and mutual grilling—as in one of the pain­tings, or actually each one separately. The tenacity and annoyance of inter­per­sonal relations in the post-​TV era is the mes­sage Jabłońska gracefully smug­gles into her paintings.

Although the cir­cum­stan­ces presen­ted may not appear entirely auspicious, her pain­tings exude a seduc­tive vitality. They are pain­ted with panache and ease, even with a light hand, maybe pluc­ked from the air, but with a firm sense of self—as a pain­terly idol, sooth­sayer and thief, all in one. 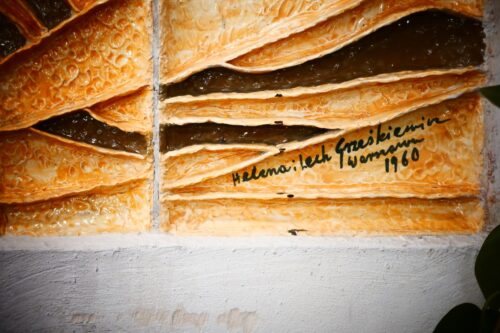 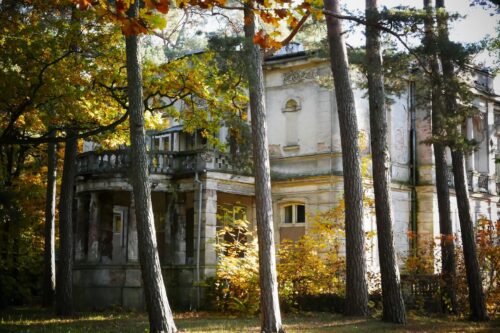