Quai Branly presents art of bamboo in Japan | until April 7, 2019

For the first time in France, an exhibition paying homage to the little-known art of Japanese bamboo basketry that tells the story of how basketry became sculpture – “Fendre l’air”

“Fendre l’air”: The handiwork of generations of Japanese artisans resonate in the title of this unique exhibition, dedicated to the art of bamboo basketry. These artisans first took inspiration from Chinese models, which in turn sought to imitate with virtuosity the sophisticated forms of bronze and porcelain vases.

The revival, at the beginning of the Meiji era, of a certain type of tea ceremony for which bamboo recipients were used for flower arrangements subsequently drew upon the creativity of sophisticated and amazingly inventive artists. Even today, Japanese bamboo basketry confers upon some of its creators, who have become master weavers of the material, the prestigious status of living national treasures. Sometimes stripped of all functionality, the most contemporary basketry becomes pure sculpture, making for a profoundly original artistic field.

The exhibition brings together 160 works, telling the story of a little-known art form in the Western world. Seven contemporary artist are presented in a monograph display and have accepted a commission for this exhibition from the musée du quai Branly – Jacques Chirac. Furthermore, one artist in particular will be especially honoured: Iizuka Rokansai (1890-1958), considered the foremost reference in Japanese basketry. 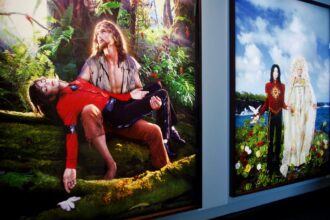 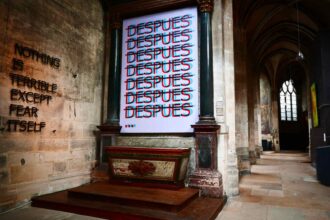 Church of Saint Merri in Paris 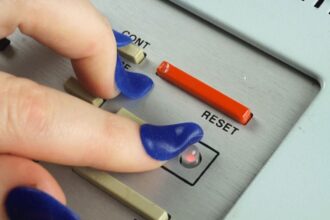