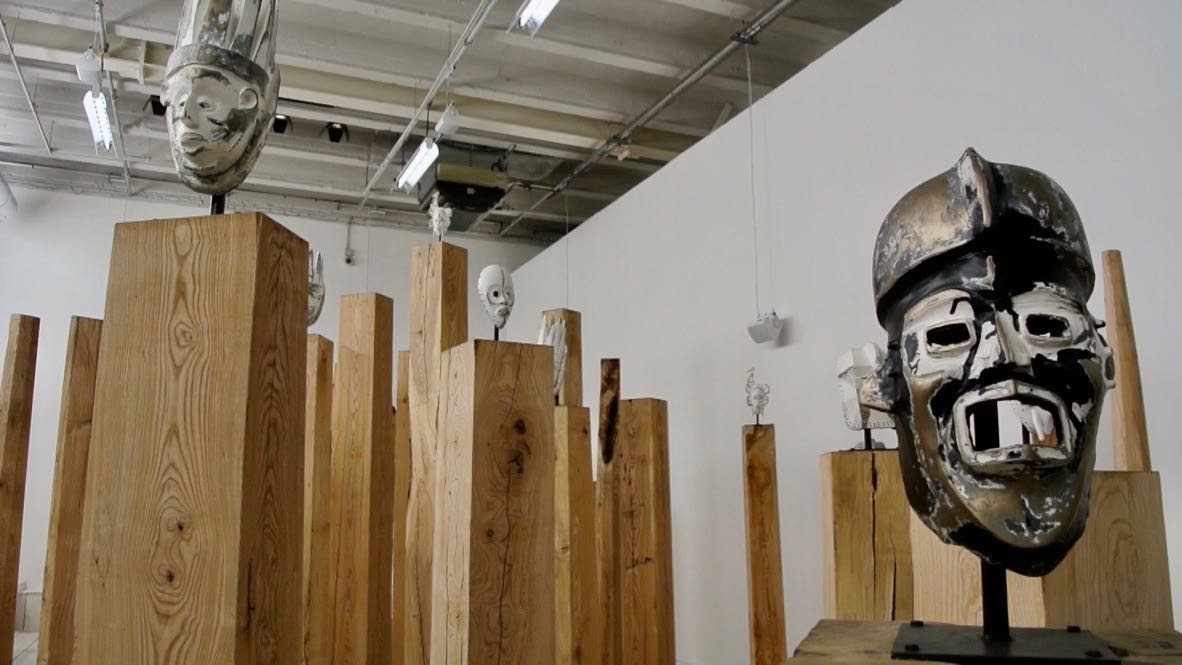 For his first solo museum exhibition in France, Theaster Gates has initiated an entirely new project that explores social histories of migration and interracial relations using a specific episode in American history as his point of departure to address larger questions of black subjugation and the imperial sexual domination and racial mixing that resulted from it. These historical themes and their material realities have given rise to new cinematographic, sculptural and musical perspectives in Theaster Gates’s oeuvre, while enabling Theaster Gates to examine the history of land ownership and race relations in the Northeastern United States.

The starting point of the exhibition, entitled “Amalgam,” is the story of Malaga Island in the state of Maine, USA: In 1912, the state governor expelled from Malaga the poorest population, an interracial, mixed community of about 45 people, considered “indolent” by many of the local white inhabitants. These unfortunate people were forced to relocate throughout the mainland; some were even involuntarily committed to psychiatric institutions.

The technical term “amalgam” has also been used in the past to denote racial, ethnic and religious mingling. For Theaster Gates, it has acquired an even more charged significance, impelling his practice towards new formal and conceptual explorations in film, sculpture, architecture, and music.

Nothing is pure in the end…
A sea of wood,
An island of debate.
Can an exhibition start shift the negative truths of the history of a place?

Theaster Gates (born in 1973, lives in Chicago) works as an artist and land theorist. His practice includes sculpture, installation, performance and urban interventions that demonstrate the tremendous use value in economically destabilized communities. His projects attempt to instigate the creation of cultural capital by acting as catalysts for social engagement that leads to political and spatial change. Theaster Gates has described his method as “critique through collaboration” – often working with architects, researchers and performers to create works that expand ideas of what visual-based practices can be.

Theaster Gates has had numerous solo exhibitions in the United States and internationally, including at Museu de Serralves (Porto) in 2014 and MCA Chicago in 2013. The recent project “The Black Madonna”, has been developed across media, from performance to photography and music, exploring the history of the black woman and her image. The project makes use of the photographic archives of the Johnson Publishing Company, publisher of Jet and Ebony magazines, based in Chicago.

“The Black Madonna”, was presented at Kunstmuseum Basel (9 June – 21 October, 2018) and Sprengel Museum, Hanover (23 June – 09 September, 2018). Theaster Gates participated in the Whitney Museum of American Art Biennial, New York in 2010 as well as in Documenta 13, Kassel in 2012, and more recently in the 56th Venice Biennale and the 14th Istanbul Biennial in 2015. He regularly hosts live events with his musical ensemble, the Black Monks of Mississippi. 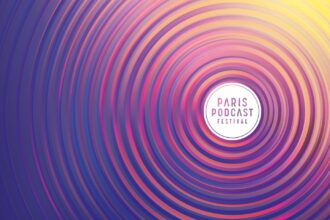 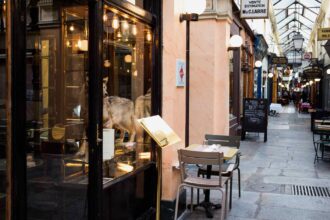 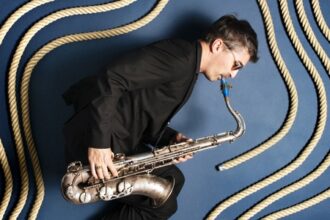 @fiveelephant sources and roasts some of the best