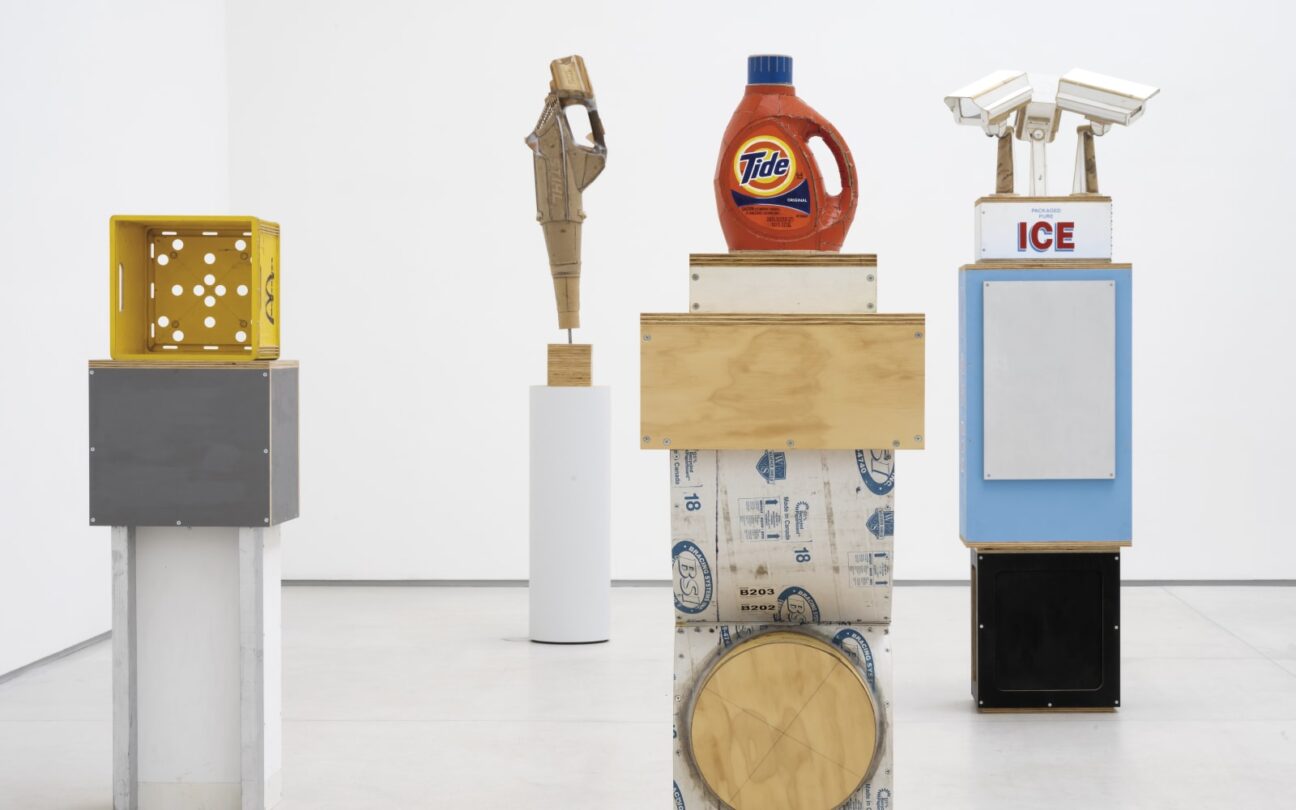 Tom Sachs through the exhibition “Ritual” reflects on consumerism while dealing with the history of New York City, and American culture at large.

Influenced by the subcultures of an urban metropolis like New York, specifically the phenomenon of corner stores, the artist has replicated ​commonplace industrial objects using everyday materials, including plywood, cardboard, resin, tape and paint.

Exhibited on bespoke pedestals referencing the art of Constantin Brancusi, each work demonstrates the comprehensive spectrum of Sachs’ distinctive practice as well as his ability to convey different narratives through formal qualities. In line with the bricolage aesthetic that has gained him a unique position in the field of contemporary sculpture, these works bear the traces of their making, becoming vehicles for a reflection on the creation of value and human labour.

I think that art is to industry as dreams are to reality.

Tom Sachs was born in 1966 in New York, where he lives and works. He studied at the Architectural Association, London in 1987 and graduated from Bennington College, Vermont in 1989.

In an early exhibition, he made Knoll office furniture from phone books and duct tape; later, he recreated Le Corbusier’s 1952 Unité d’Habitation using only foam core and a glue gun.

Major projects have included his versions of the Apollo 11 Lunar Excursion Module, the bridge of the battleship USS Enterprise, and a 1:1 model of a McDonald’s Frying Station, now in the collection of the Astrup Fearnley Museet, Oslo.

An important survey of his work was shown at the Astrup Fearnley in 2006, followed by solo exhibitions at the Fondazione Prada, Milan (2006); Space Program: Mars, Park Avenue Armory, New York (2012); Space Program: Europa, Yerba Buena Center for the Arts, San Francisco (2016); and Boombox Retrospective 1999–2016, Brooklyn Museum, New York (2016). In 2016–17, he created Tea Ceremony for the Noguchi Museum, New York and the Nasher Sculpture Center, Dallas – a distinctive reworking of chanoyu, a traditional Japanese tea ceremony, including the myriad elements essential to the ritual.

His Swiss Passport Office, created for Thaddaeus Ropac, London in 2018, reflected contemporary concerns relating to Brexit, the Syrian crisis, Trump’s immigration policies and global citizenship. A retrospective of his work was shown at SCHAUWERK Sindelfingen, Germany in 2019, followed by Space Program: Rare Earths at Deichtorhallen Hamburg in 2021. 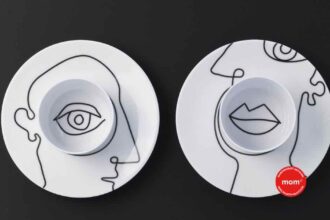 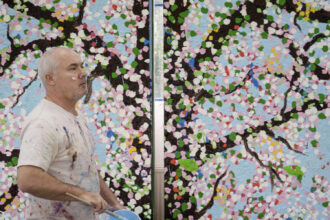 by IN Places
Paris / Rome 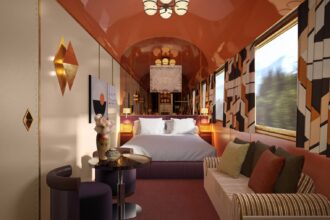 Orient Express is launching the new luxury sleeper trains in 2023