Postreet poster
An exhibition of posters collected, ripped off, cut out from the street, taken outfrom the poster mishmash.

Print Control
The exhibition of the best Polish publications from 2018

Karol Śliwka
Creative achievements of Karol Śliwka, one of the most outstanding Polish graphic designers, whose work has shaped and continues to shape the visual culture of Polish everyday life.

You will be able to visit the most interesting design studios in Warsaw and get to know the designers working there. You will have a chance to see how they work and ask them a couple of questions.

Helvetica is an independent feature-length documentary film about typography and graphic design, centered on the typeface of the same name. Directed by Gary Hustwit, it was released in 2007 to coincide with the 50th anniversary of the typeface’s introduction in 1957 and is considered the first of the Design Trilogy by the director.

Its content consists of a history of the typeface interspersed with candid interviews with leading graphic and type designers. The film aims to show Helvetica’s beauty and ubiquity, and illuminate the personalities that are behind typefaces. It also explores the rift between modernists and postmodernists, with the latter expressing and explaining their criticisms of the famous typeface.

Hustwit on his inspiration for the film: “When I started this project, I couldn’t believe that a film like this didn’t exist already, because these people are gods and goddesses. What they do is more than just logos and corporate branding – they design the type that we read every day in newspapers and magazines, onscreen and on television. Fonts don’t just appear out of Microsoft Word: there are human beings and huge stories behind them.” 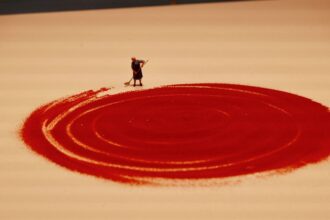 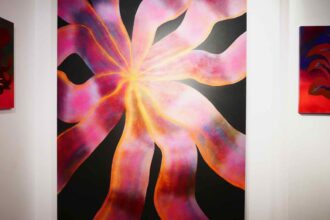 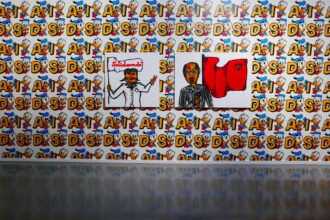 The Power of Secrets. Karol Radziszewski