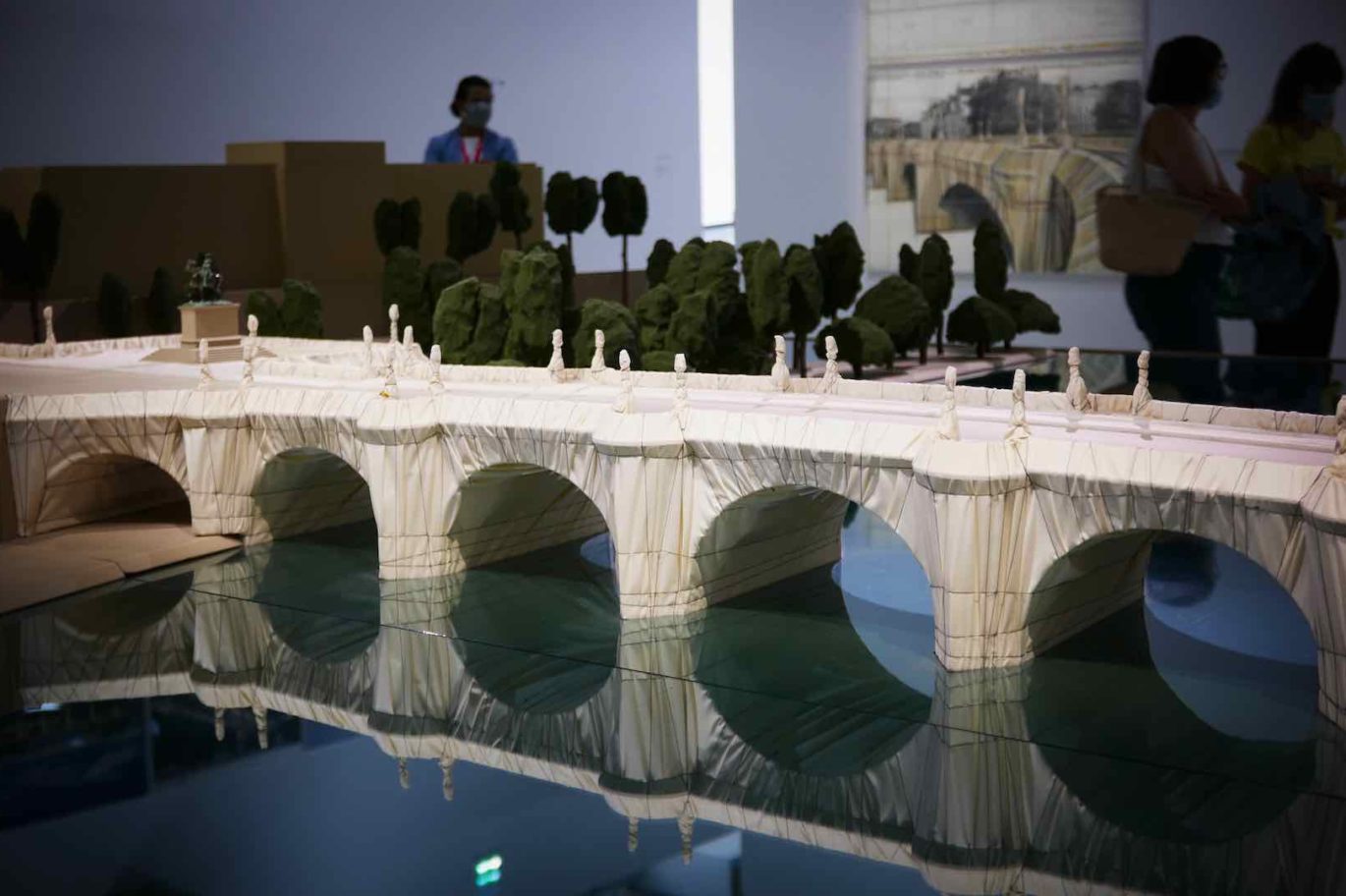 The major exhibition devoted to Christo and Jeanne Claude retraces the story of the idea of wrapping the Pont-Neuf in Paris, from 1975 to 1985, and looks back at their Parisian period, between 1958 and 1964, before the wrapping of the Arc de Triomphe in 2021.

Christo (Christo Vladimirov Javacheff) and Jeanne-Claude (Jeanne-Claude Marie Denat), both born on 13 June 1935, in Gabrovo (Bulgaria) and Casablanca (Morocco) respectively, met in Paris at the age of 23. Christo fled Communist Bulgaria, passing through Prague, Vienna and Geneva, before settling in Paris in March 1958. He retained a mastery of classic disciplines from his training in the Academy of Fine Arts in Sofia, but constantly sought to surpass easel painting. Christo’s Parisian years saw the establishment of his artistic language: work on relief surfaces, piling up and wrapping, the beginning of covered windows and, in collaboration with Jeanne-Claude, the development of monumental outdoor projects – which characterised the creative approach of the two artists. 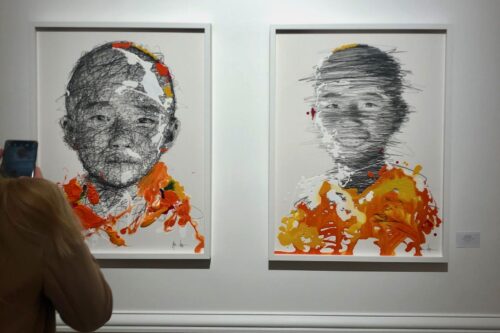