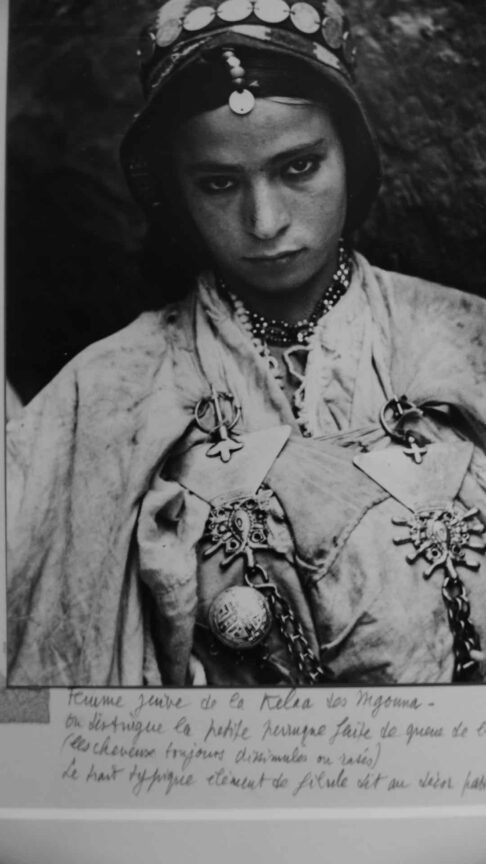 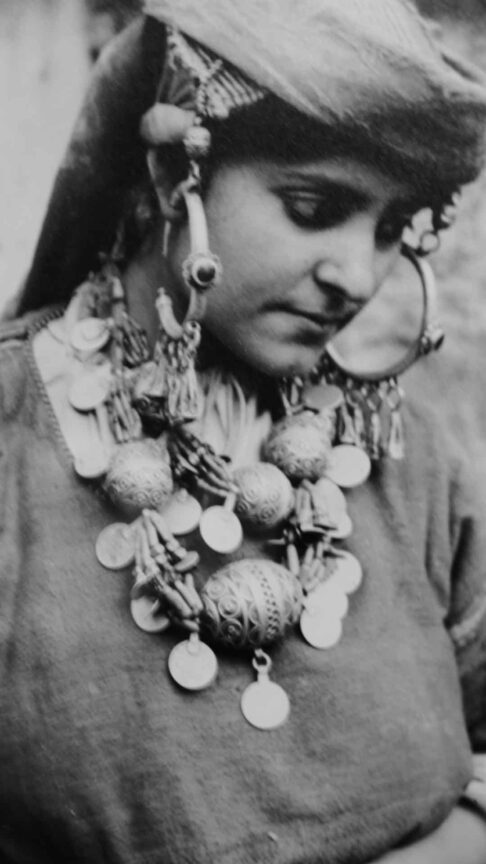 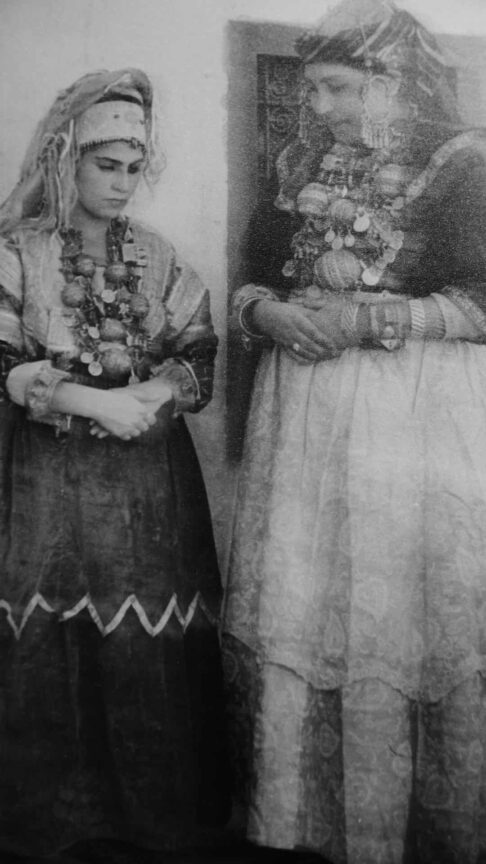 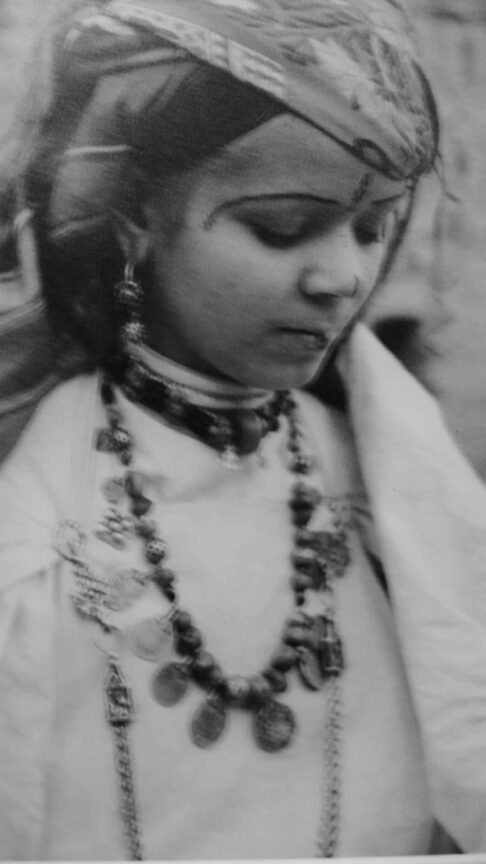 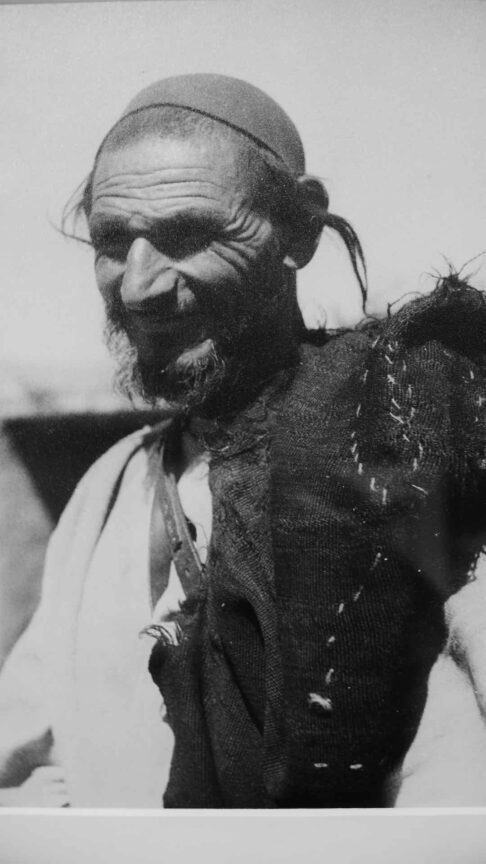 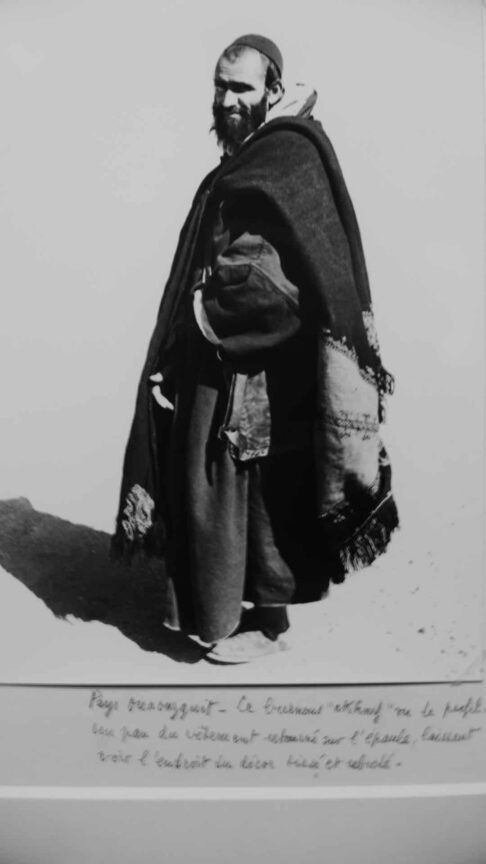 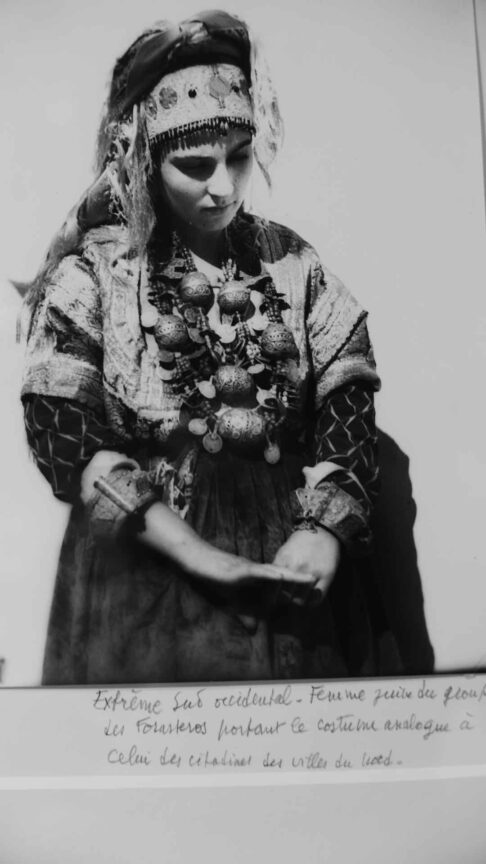 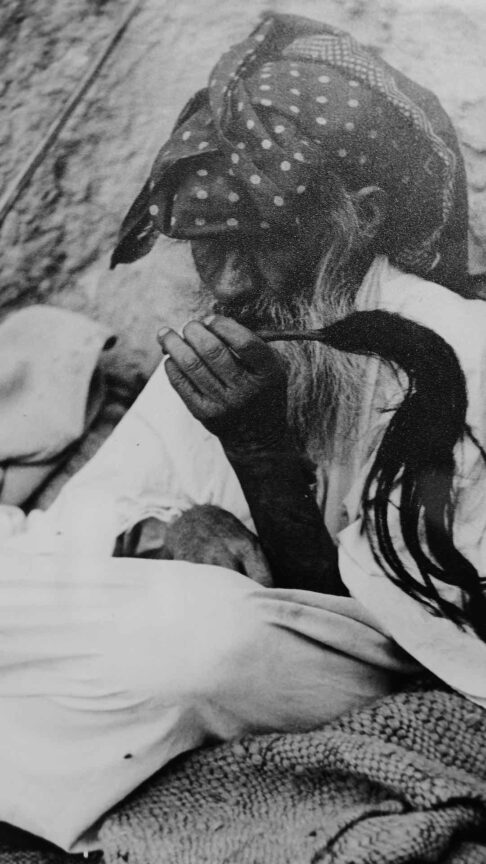 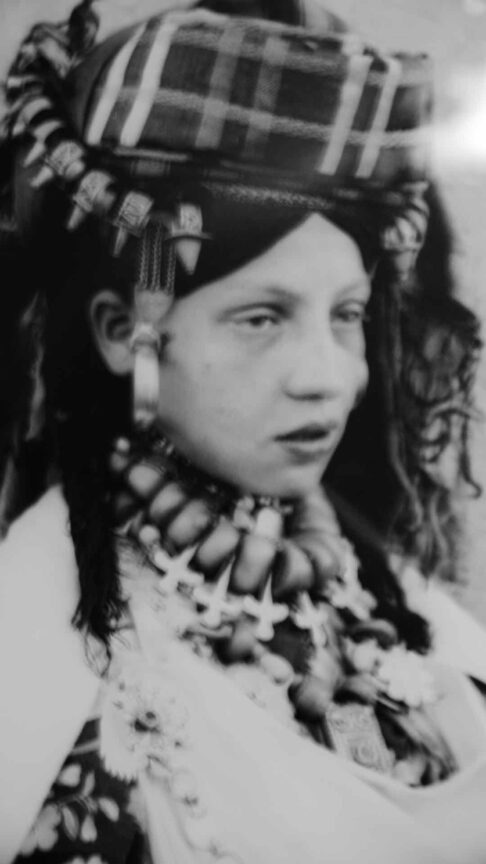 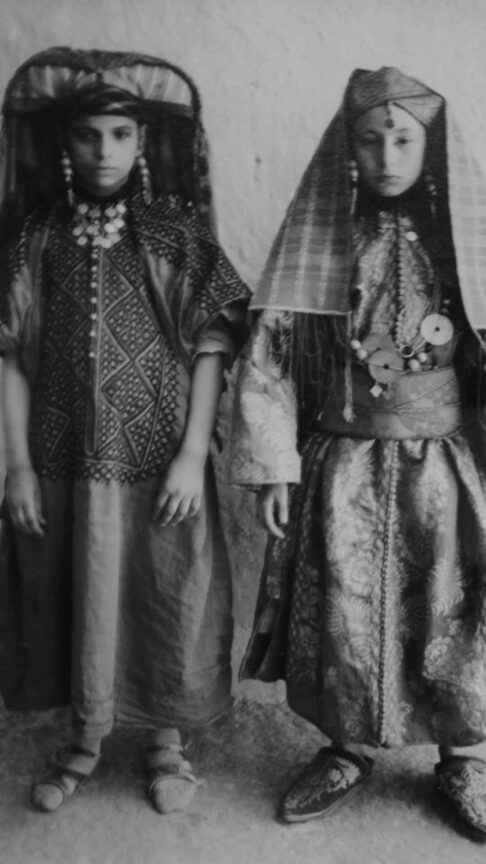 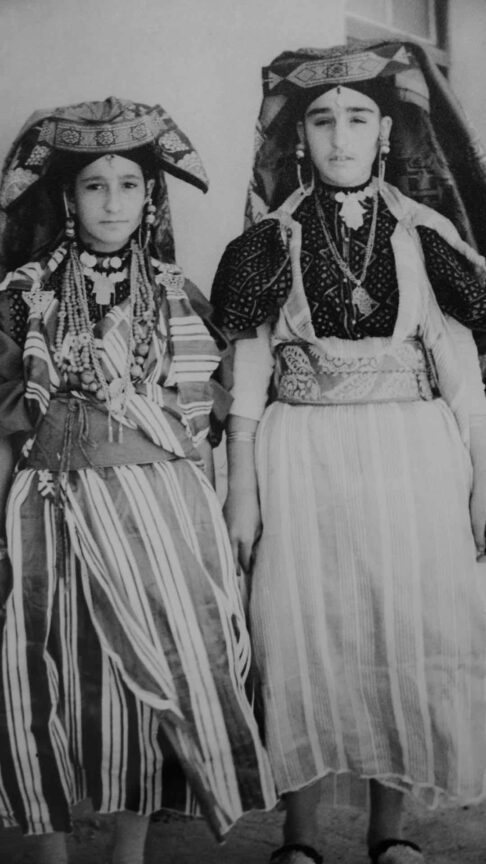 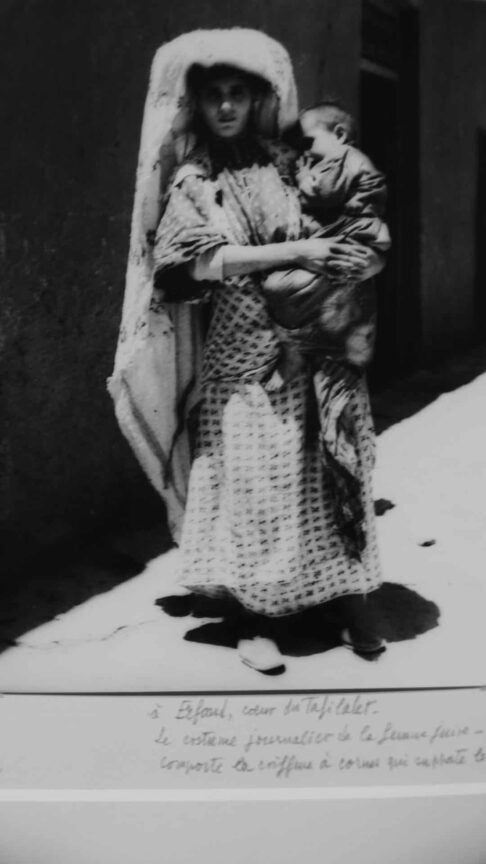 Jean Besancenot’s photographs, taken from 1934 to 1937, are a priceless record of rural Jewish communities in Morocco no longer in existence.

Born Jean Girard, Jean Besancenot (1902-1992) trained at the École des Arts Décoratifs in Paris. He began his career as a painter, also studying French regional costumes. During a trip to Morocco in 1934 he took photographs of traditional dress. With a grant from the Foreign Ministry, he stayed there again in 1935 and 1936, photographing men and women in different communities and carefully documenting their ceremonial dress.

In parallel to his photography, Besancenot filmed, drew and took extensive notes. His work introduced him into the very active French ethnology community and in 1937 he showed photographs, paintings and a selection of costumes and jewellery at the Musée de la France d’outre-mer in the Palais de la Porte Dorée, inaugurated during the Colonial Exhibition in 1931. He also collaborated with the Musée de l’Homme, to which he donated five hundred and fifty documented photographs and several garments. In 1942 he published Costumes et types du Maroc. Illustrated with his watercolour drawings, this book is still an essential reference work on traditional Moroccan dress.

Jean Besancenot particularly explored Morocco’s southernmost regions, little affected by westernisation, where Jewish communities, sometimes present since Antiquity, intermingled with the Berber population. Taken during the French protectorate, his photographs show the close proximity to his subjects that enabled him to combine both aesthetic and scientific concerns. They are an irreplaceable testimony to Jewish culture in Morocco, particularly female costumes and jewellery, whose forms are sometimes the same as those of Muslim women.

The exhibition brings together many of Besancenot own period prints in public and private collections, with an audio-visual presentation of wide-ranging images from his original negatives.

Museum of the Art and History of Judaism 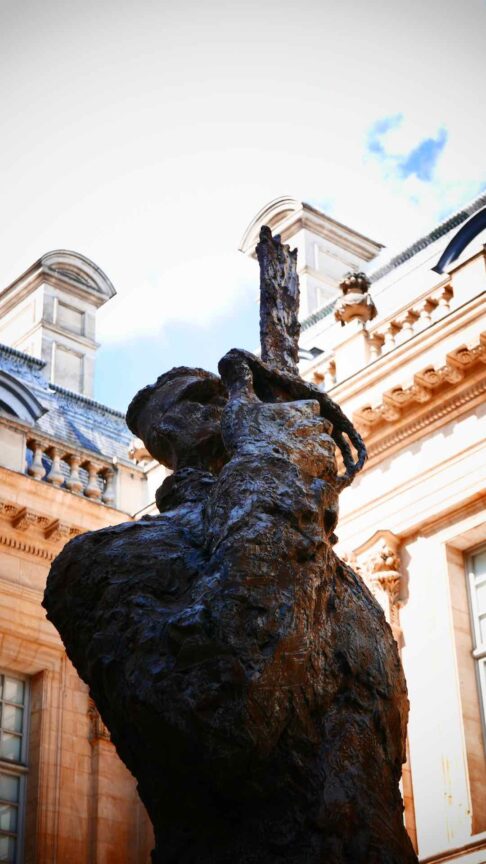 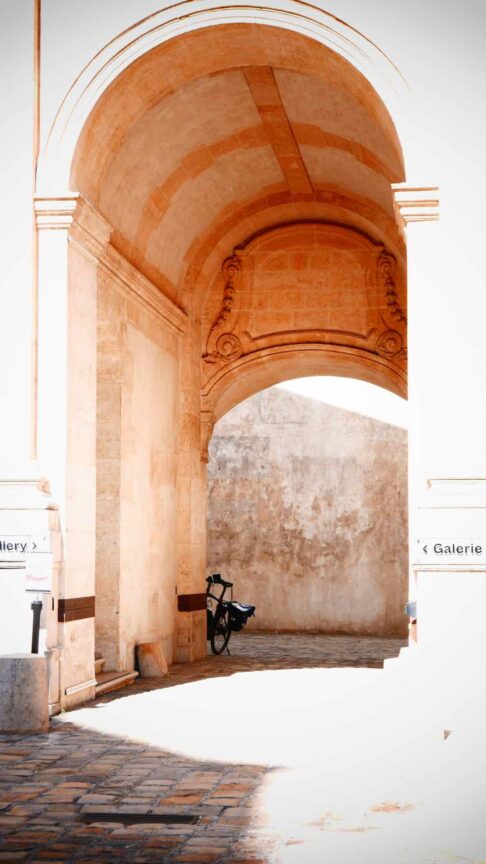 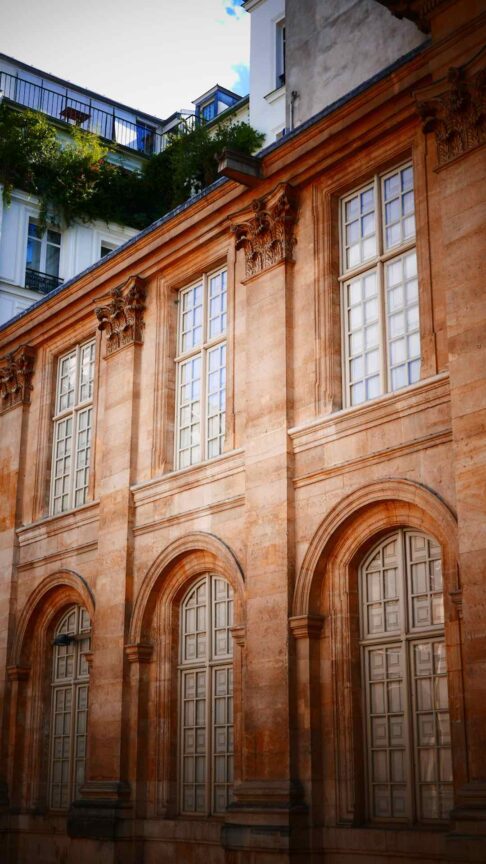 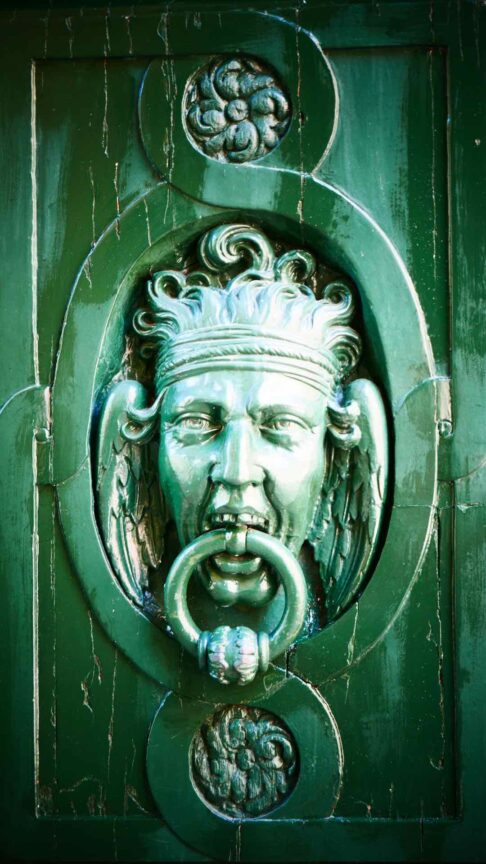