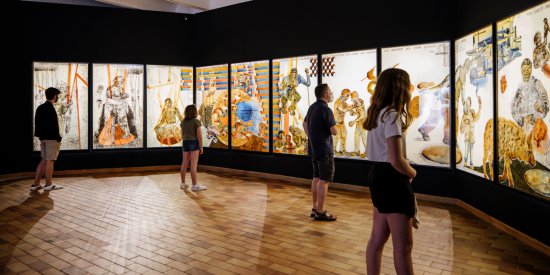 The Indian artist Nalini Malani, the winner of the 2019 Joan Miró Prize, under the title “You Don’t Hear Me”, presents a selection of works from her entire career, in which feminist thought and the condemnation of violence are ever-present.

Malani’s works suggest the vulnerability and precariousness of human existence with a personal iconography that draws from ancient and universal mythologies. Social, feminist, and environmental justice are at the heart of her artistic quest and materialize in the exhibition as an ensemble of large-scale immersive installations -video projections and animations, shadow plays and painted panels. The artist has also created wall drawings specifically for the Fundació Joan Miró.

The title You Don’t Hear Me is a direct challenge to the patriarchy, an interlocutor who Nalini Malani views as indifferent and insensitive to the fair demands of vulnerable people, particularly women.

According to the jury panel for the Joan Miró Prize, Nalini Malani shares Joan Miró’s radical imagination and socio-political awareness. The jury also considered that other points in common between the two artists include an extraordinary intellectual curiosity and an ongoing dialogue with some of the most outstanding figures of their times, who influenced their respective outputs. 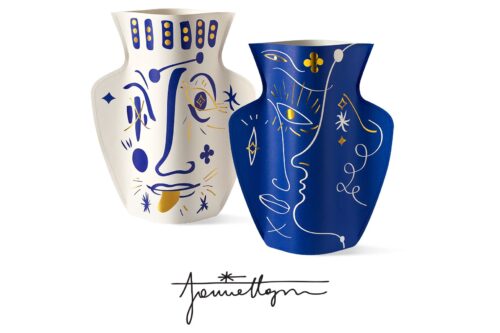 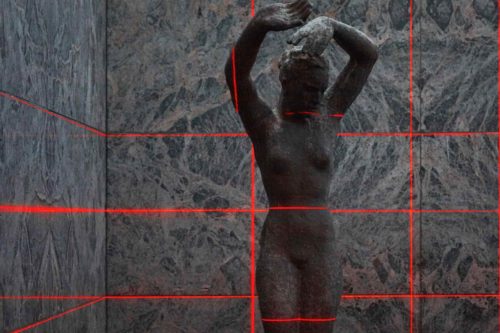