HomeBerlinartWatchtowers, Gates and The Sea of Stories
art / Berlin 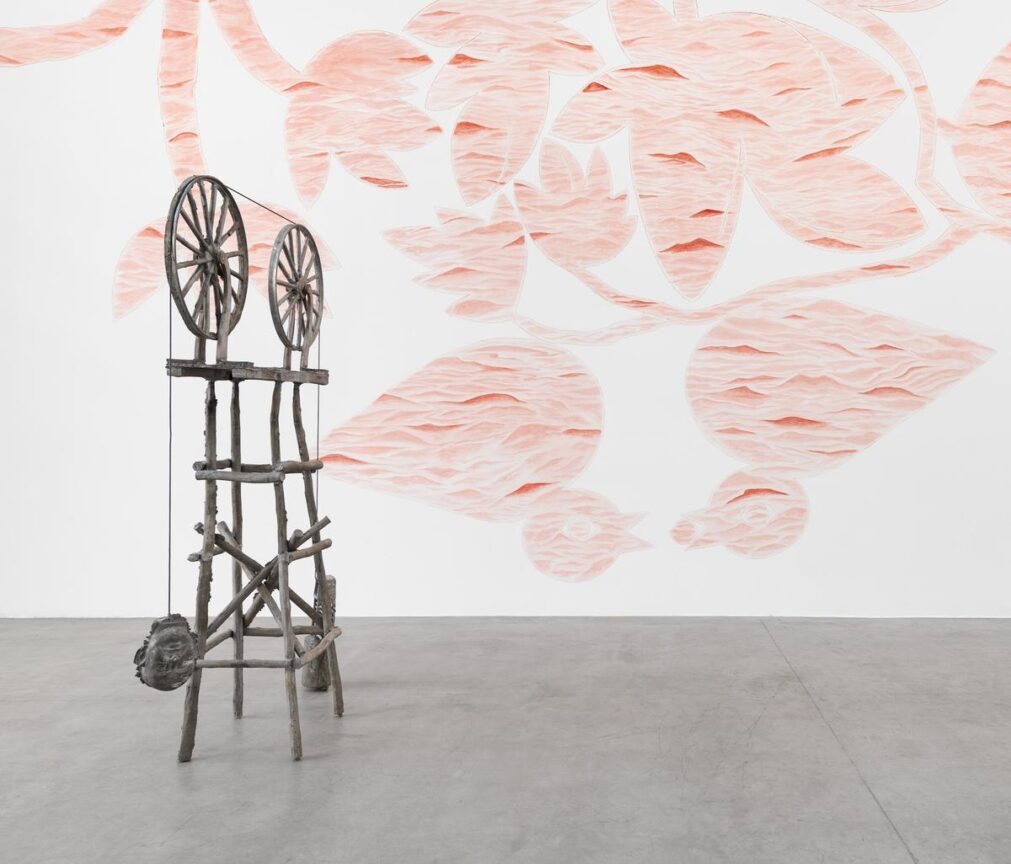 Blain|Southern Berlin presents Watchtowers, Gates and The Sea of Stories, a solo exhibition of recent works by Francesco Clemente and the first presentation of the artist’s sculptures in Europe. The exhibition comprises The Sea of Stories, a monumental mural spanning the length of the gallery that will be created on site, and two bodies of sculpture created in collaboration with local artisans in Rajasthan.

Often described as a ‘nomadic artist’, Clemente first travelled to India in the early 1970s and continues to live and work between the subcontinent, Europe and the US. Influenced by India’s traditions, symbolism and the artistic approaches of its artisans, Clemente has created a deeply personal visual vocabulary inspired by his experiences. Whilst celebrated as a painter, his lesser-known sculptural practice relates to the pictorial language of his paintings and works on paper. Every work is a confluence of different elements and motifs such as ladders, labyrinths, gates and keys which allude to transition, boundaries and spaces ‘in between’: earth and sky, the internal and external, and states of consciousness. 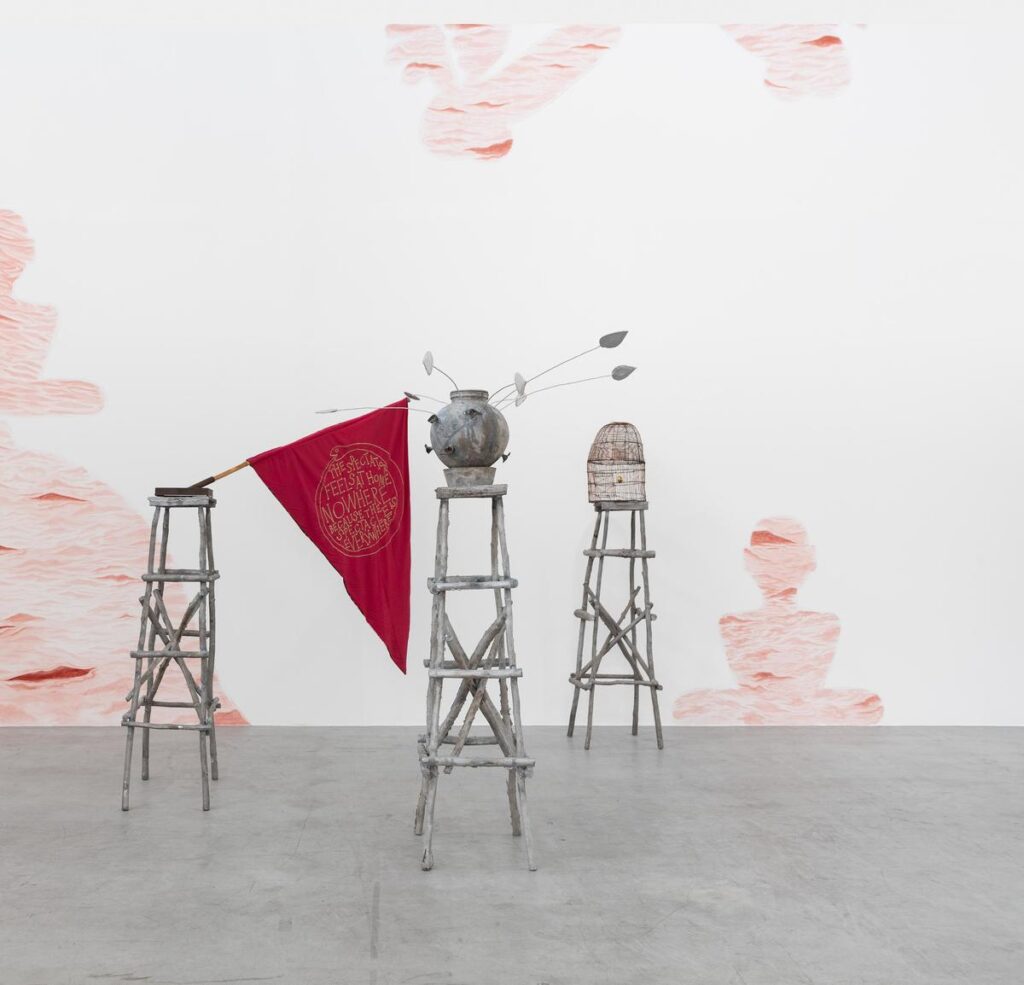 Watchtowers (2014-2019), is a series of sculptures cast in aluminium from everyday objects sourced in Rajasthan, which can be described as ladders which lead to platforms or altars. On these, objects resembling offerings or gifts have been placed on a higher level, “in order to avoid the flood to come” (Francesco Clemente). Evoking the seemingly precarious scaffolding seen all over India, each of the sculptures is characterised by an inherent balancing act. Equanimity (2017) resembles a scale which holds several sculptures of Krishna in varying sizes which unexpectedly counterbalance the two sides of the scales. In Self-Portrait Watchtower (2016), chains attach the eyes, ears, nose and mouth of the artist’s head to concrete-cast bundles of rope anchored to the ground, creating a labyrinth on the ground.

Wall of Gates (2019) is a group of eight freestanding metal frames, each with 97 vintage iron keys suspended within a network of votive string, which is traditionally given to worshippers at holy sites. The title, Wall of Gates, alludes to the paradox of a passage being blocked by a web of keys.

The Sea of Stories (2019) is a site-specific mural in which Clemente reinterprets the twelves signs of the zodiac, with each sign representing a gateway. Drawn directly onto the gallery wall by the artist, it is embellished in oxblood paint by muralists from Oaxaca, Mexico; a continuation of Clemente’s long history of collaboration with other artists and artisans. 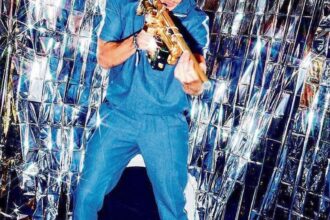 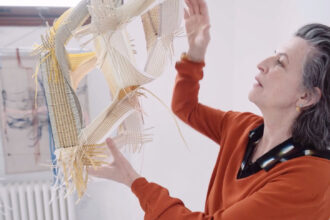 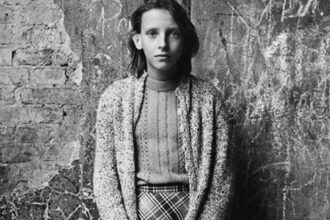