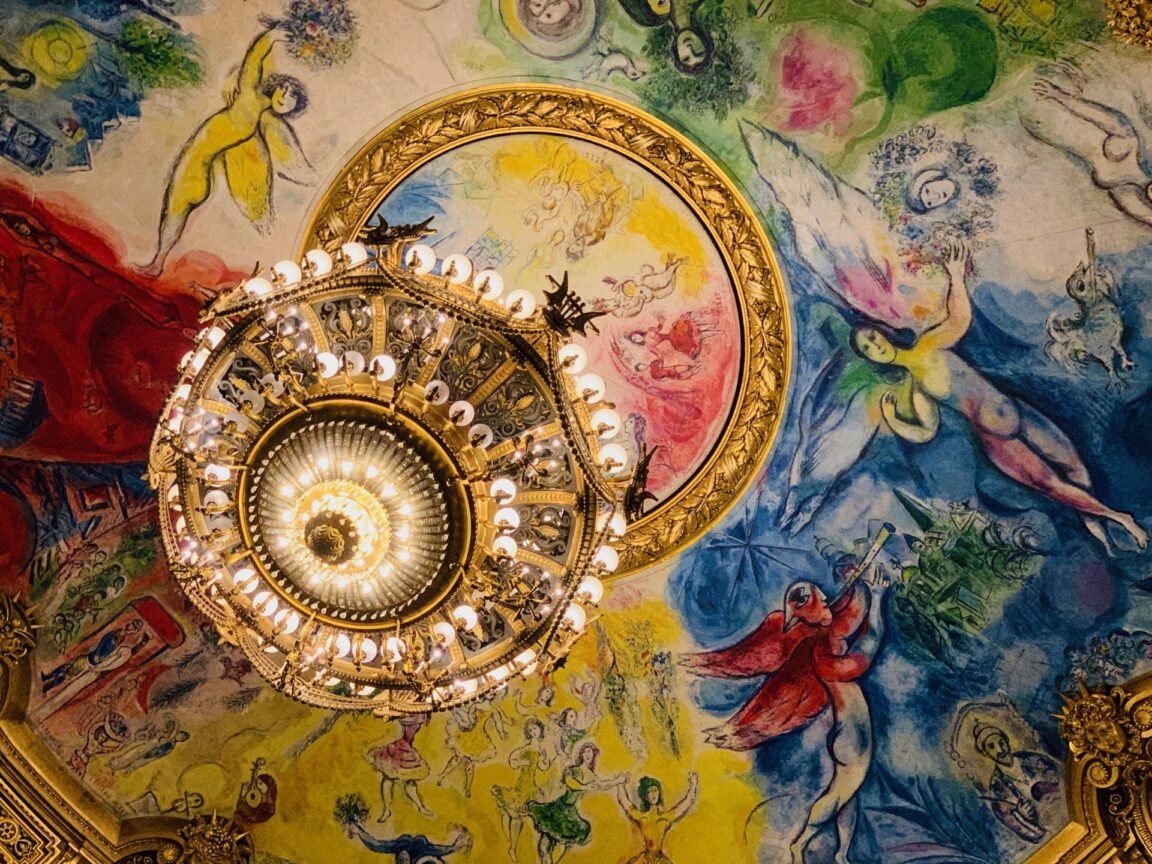 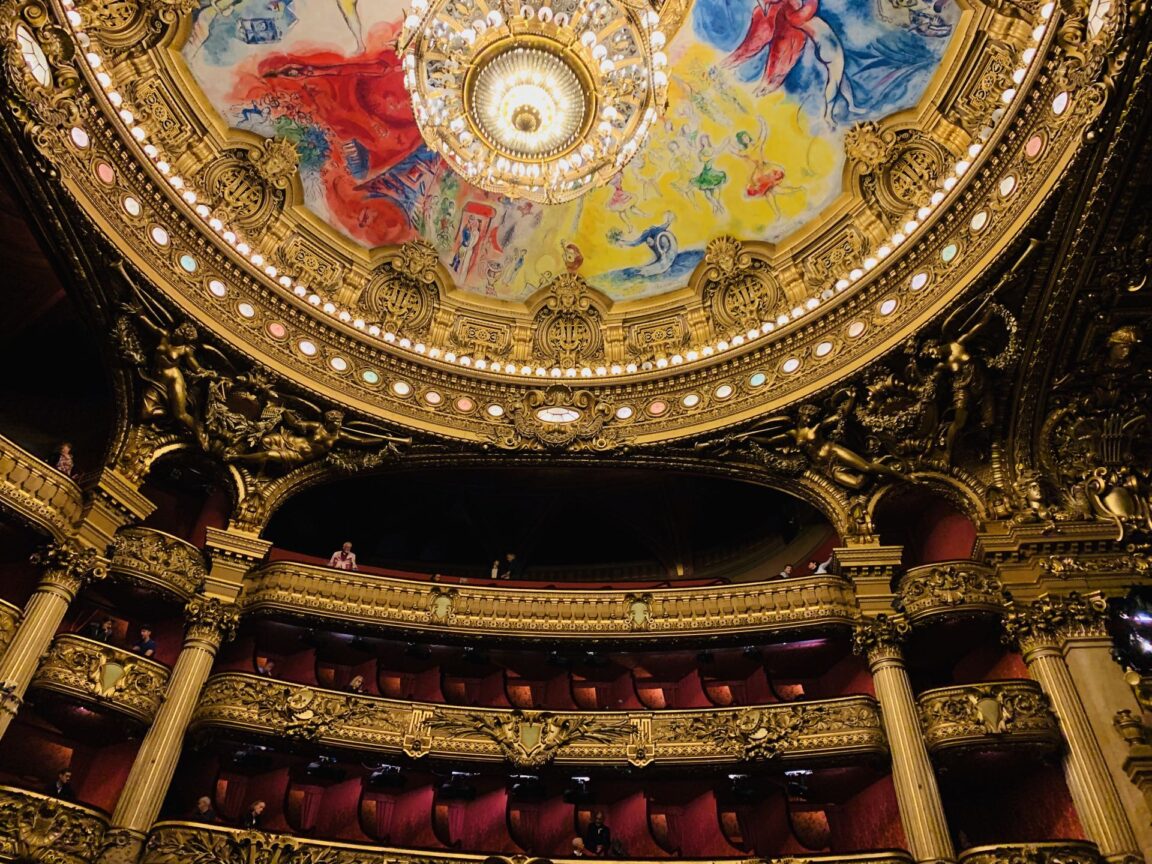 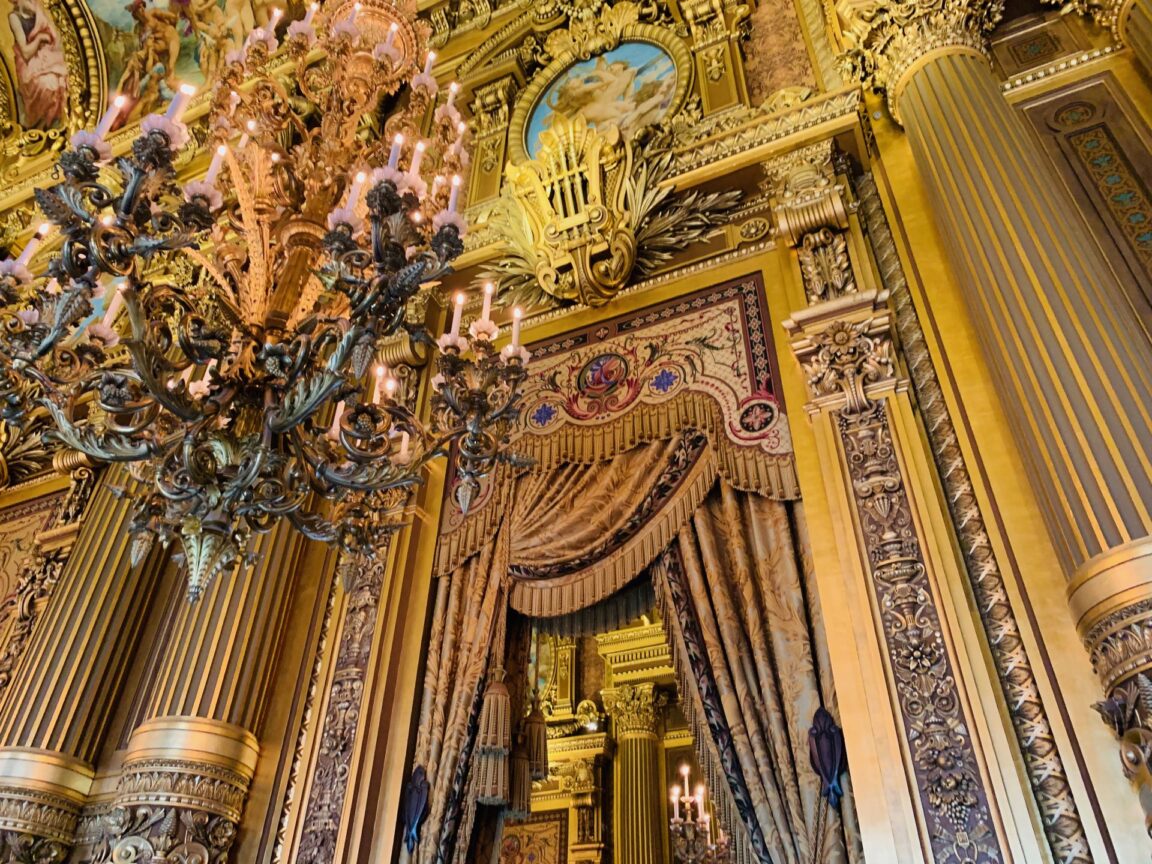 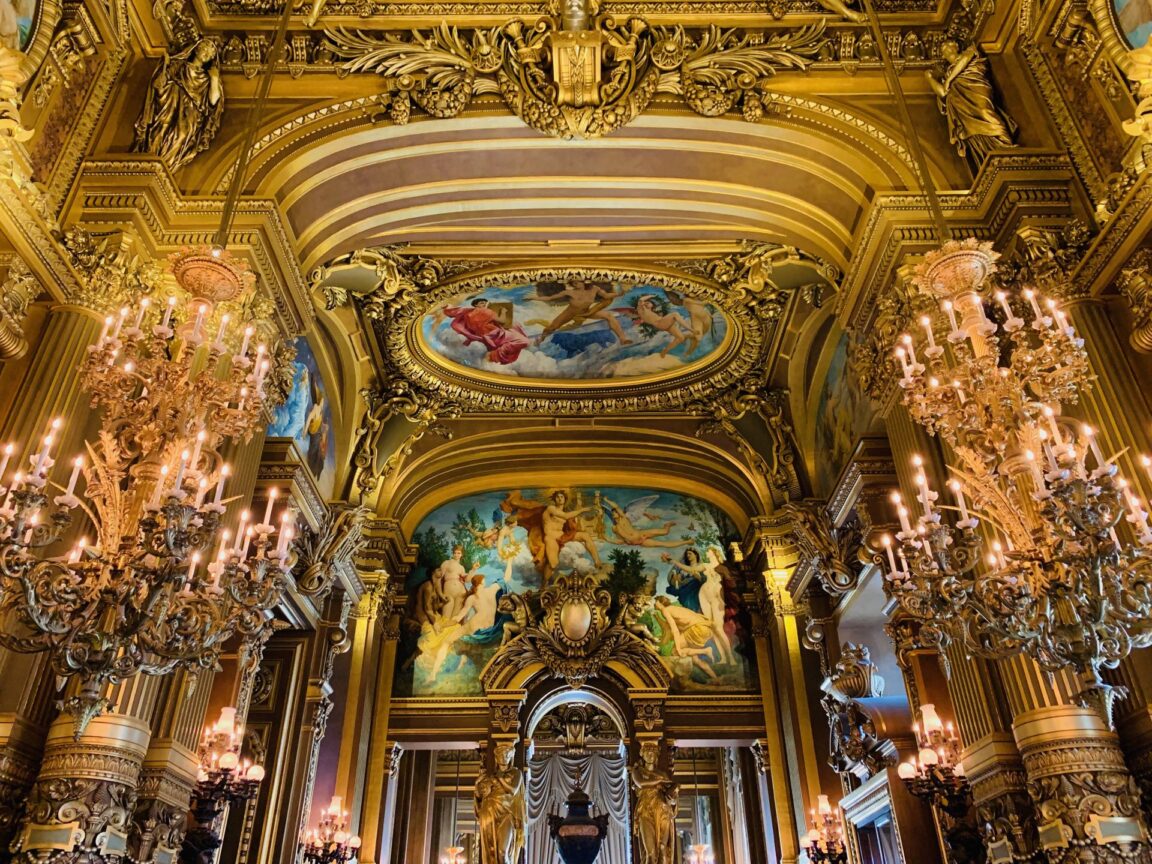 The Paris Opera is the primary opera and ballet company of France. It was founded in 1669 by Louis XIV as the Académie d’Opéra, and shortly thereafter was placed under the leadership of Jean-Baptiste Lully and officially renamed the Académie Royale de Musique, but continued to be known more simply as the Opéra.

Beyond the Rotonde des Abonnés, the Bassin de la Pythia leads to the Grand Escalier with its magnificent thirty-meter-high vault. Built of marble of various colours, it is home to the double staircase leading to the foyers and the various floors of the theatre. At the bottom of the stairs, a true theatre within the theatre, two female allegories holding torches greet spectators.

In the tradition of Italian theatre, the horseshoe-shaped “French” auditorium, so-called for the way the seats are arranged according to their category, was designed for the audience to see and to be seen. Its metallic structure, hidden by marble, stucco, velvet and gilding, supports the weight of the 8-ton bronze and crystal chandelier with its 340 lights. The house curtain was created by theatrical painters Auguste Rube (1817-1899) and Philippe Chaperon (1823-1906), following Charles Garnier‘s instructions. The curtain was replaced by an identical one in both 1951 and 1996. The ceiling painted by Marc Chagall and commissioned by the Minister of Culture André Malraux was inaugurated on September 23, 1964.

At the end of a long gallery is the Rotunde du Glacier, a fresh and bright rotunda with a ceiling painted by Clairin (1843-1919) and featuring dancing bacchantes and fauna, along with tapestries illustrating different refreshments as well as fishing and hunting. Completed after the opening of the Palais Garnier, this salon evokes the aesthetic of the Belle Époque.

The vault of the Avant-Foyer is covered with mosaics of shimmering colours on a gold background. The view of the Grand Staircase is spectacular. The play of light between mirrors and windows in the Grand Foyer further accentuates the latter’s vast dimensions. The ceiling painted by Paul Baudry (1828-1886) features themes from the history of music.

The lyre is the main element: it reigns over all the decorative vocabulary, be it on capitals, heating grids or doorknobs. A copy of Charles Garnier’s bust by the sculptor Carpeaux (1827-1875) is located in the centre of the foyer, near a window looking down the Avenue de l’Opera towards the Louvre. The view can be enjoyed even more from the loggia. The Salons du Soleil et de la Lune offer a symbolic and poetic transition to the other areas. 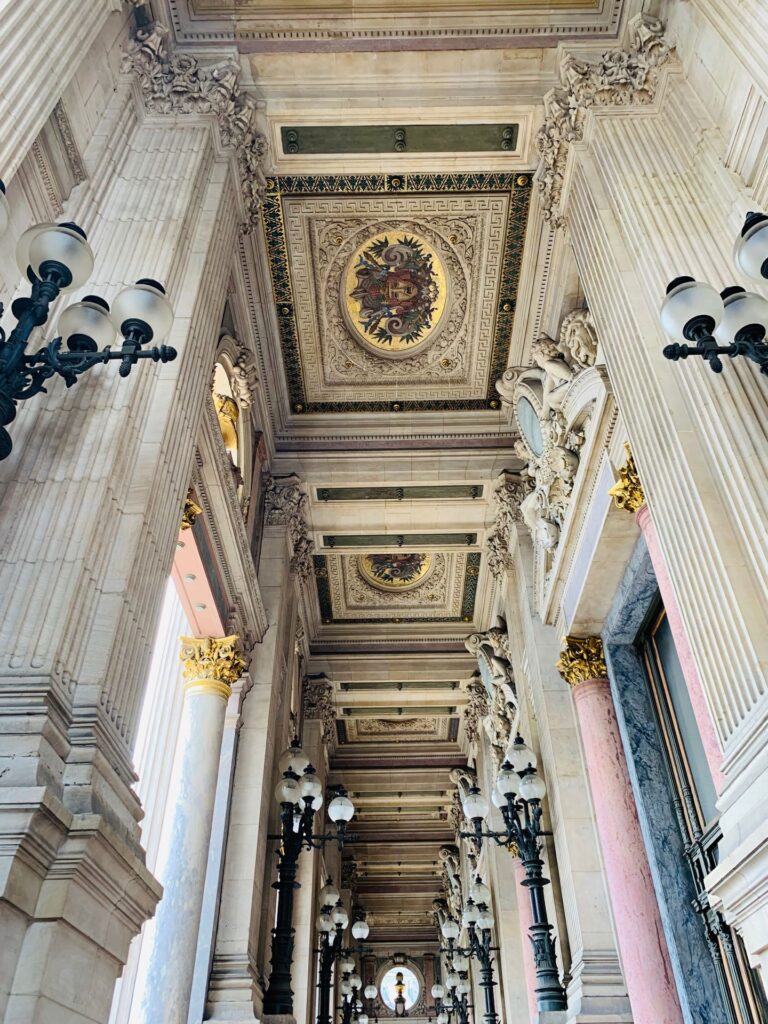 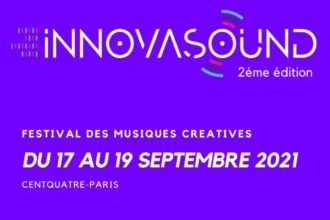 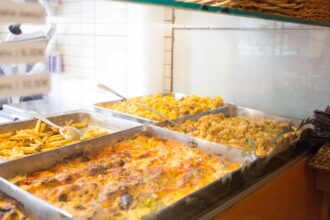 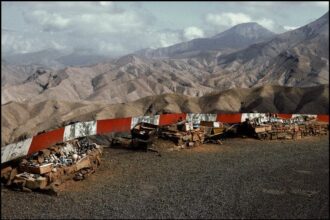