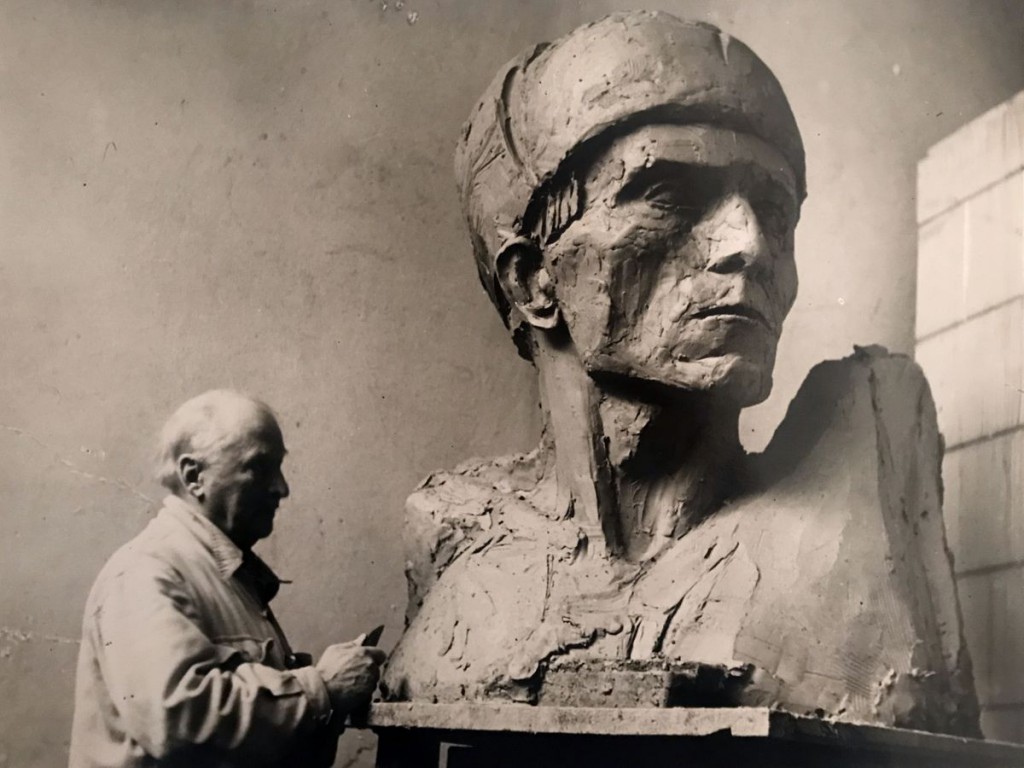 Xawery Dunikowski’s Monuments create the landscape of our values which is why they so often evoke controversies. They commemorate statesmen, heroes, and victims of wars. They represent the commonly shared ideals, “inhabit” cities and dominate the view.  For those in power, they are a tool in constructing collective identity. As borders shift and political regimes change, the monuments of the past era are torn down, recycled and renamed. The exhibition “MONUMENT. Central and Eastern Europe 1918 – 2018” at the Xawery Dunikowski Museum of Sculpture at Królikarnia Warsaw describes the functions, histories and processes to which monuments are subject. It presents the biographies of over twenty such objects from our region of Europe, from the moment of the selection of their design, through their erection and use, until the disputes they provoke and, finally, their destruction, oblivion and decay. The presentation is not just a mere historical review but a contribution to the presently carried debates.

The Museum of Sculpture at Królikarnia initiated an international research project dedicated to monumental sculptures in Central and Eastern Europe. The main point on its agenda is the exhibition “The Monument. Central and Eastern Europe 1918-2018”. The project also includes two other presentations: “Ivan Meštrović / Józef Piłsudski” at the Kordegarda Gallery of the National Centre of Culture, which focuses on the pre-war design of the statue of Marshall Pułsudski in Warsaw, as well as an exhibition planned for 2019 at the Biuro Wystaw gallery. There are also plans for a conference, a series of guided walks and a book publication. The project is carried out in collaboration with the Institute of Polish Culture of the University of Warsaw, the National Centre of Culture, the National Digital Archive, TVP Kultura, and the Foundation of Polish Modern Art.

The exhibition focuses on a subject which has been stirring up emotions since as far back as the beginnings of organised societies. Monuments have been present in the European culture ever since Greek and Roman antiquity – single and group figurative forms such as statues, busts, or equestrian sculptures on the one hand and, on the other, architectural commemorative objects in the form of arches, obelisks, or gates.

Ever since the Renaissance, monuments have filled the squares and the lavish main city streets. They faithfully served the 17th century absolute monarchs, the 19 century nationalist ideology or the 20th century totalitarian systems. Torn down by revolutions, erected by emperors and victorious armies, they still commemorate, symbolise and dominate in the public space.  In contemporary times, they represent the ever changing views of democratic societies. As time goes by, they not only become the background of city life but also objects of different grassroot actions. They even get local nicknames at times (as the “Gallows” in Olsztyn – the monument to the Liberation of the Warmia-Mazury Land,  or the Warsaw monument commemorating the Brotherhood in Arms known as “The Sleeping Four”). Monuments can even be objects of anarchist resistance of the local communities as we know from the attempted blowing up of the statue of Lenin in Nowa Huta in 1979 or from the incident of the monument of the Red Army in Sofia being shot at with colour-dye bullets and then repainted.

Due to the complicated political events in the recent century in Central and Eastern Europe, processes of  erecting, remodelling, and removing monuments have been taking place at an ominously accelerated pace. Treated as tools for forming a collective identity of newly independent states, monuments were in growing demand at the end of World War I and at the beginning of the new political division of Europe. A similar process again took place after World War II, when the region fell under the control of the USSR. The fate of the monuments which are associated with the former Soviet domination is a subject of much controversy today: some are torn down, moved to commemoration parks, or recycled into objects of a different purpose or meaning. The exhibits at the presentation will include, for example, a piece of a statue of the Polish Mother moved here from the town of Sejny. The monument was taken down as a result of the “decommunization law” of 1 April 2016, amended on 14 December 2017. In the years 1970 – 1982, the statue was known as a commemoration of the 25th anniversary of Polish People’s Republic. Public consultations in Sejny are planned to take place at the time of the monument’s presentation at the exhibition – the local community and the town’s authorities are to decide whether it is to come back to the public space, and if so – under what name.

The exhibition at Królikarnia tells the story of monuments which are important for artistic, historical or social reasons, and which were erected in Poland or other countries of Central and Eastern Europe in the years 19198-2018. The presentation will also include those which, despite their undoubtful artistic quality, are criticised for having been made to commemorate specific political developments and powers. This is what happened, for example, to the so called spomeniks (a term borrowed from Serbian and Croat) which for years had been left in oblivion and only recently recalled and again admired for their incredible modernist form. These include Vojan Bakic’s works in Croatia or the Władysław Hasior’s monument to the Victims of Internal Struggle after World War II (otherwise known as The Organs). There has also been a rather hot discussion taking place about the monument of the Insurgence by Xawery Dunikowski on the Mount of St Anne.

By juxtaposing the examples from the different countries we would like to investigate whether the perspective of the relative community of experiences of Poland and other post-socialist countries of Central and Eastern Europe has resulted in similar forms, logic and histories shared by the monuments of this region – whether there is a specificity of local commemorative activities unique to the entire region. 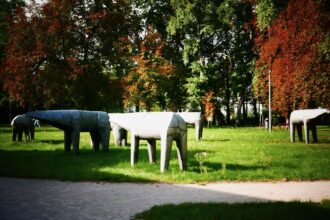 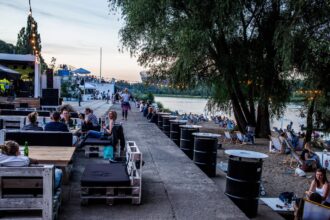 Warsaw Playlist. Listen to the city