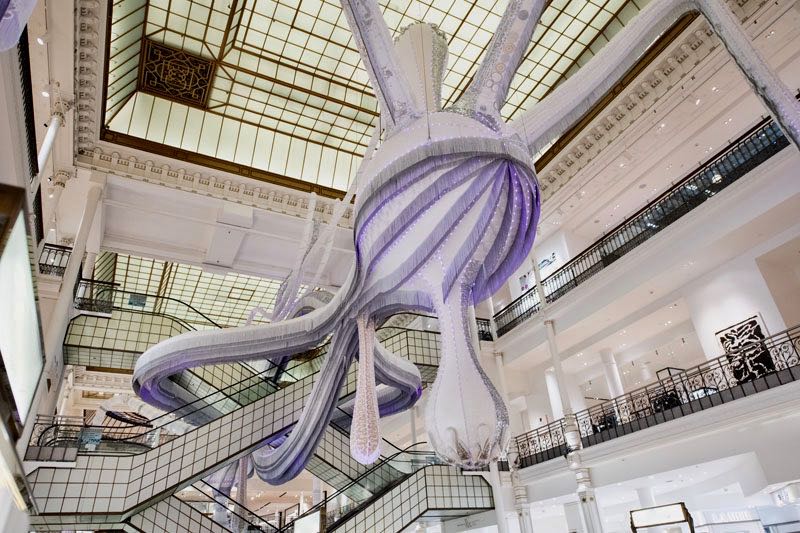 After Ai Weiwei, Chiharu Shiota and Leandro Erlich, the Portuguese artist Joana Vasconcelos takes the Bon Marché. For her exhibition “Branco Luz”, until February 17, she imagined a monumental and immaculate Valkyrie that winds between the Escalator of the Paris department store Bon Marché.

At 30.5 m long, 12 m wide and 10 m high, the impressive size of “Simone”, the Valkyrie by Joana Vasconcelos, plunges the store into an astounding and immaculate landscape. Gliding silently beneath the central skylight, it bestows light, tenderness and protection upon visitors to the exhibition.

Hinting at the “Mois du Blanc” (White Sales) invented in January 1872 by Aristide Boucicaut, founder of Le Bon Marché, Joana Vasconcelos designed this exhibition around variations of white textures and lights, woven and assembled by hand at her workshop.

“Simone” takes over Le Bon Marché and bathes the space in its soothing presence. Named “Simone”, a reference to inspiring female figures Simone Veil and Simone de Beauvoir, the Valkyrie by Joana Vasconcelos pays tribute to women of today. 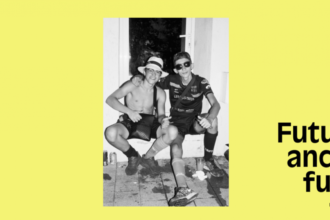 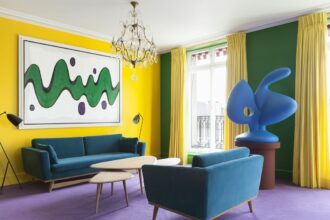 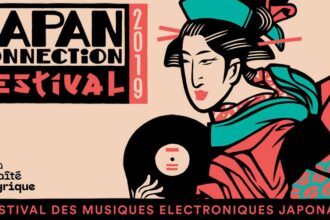