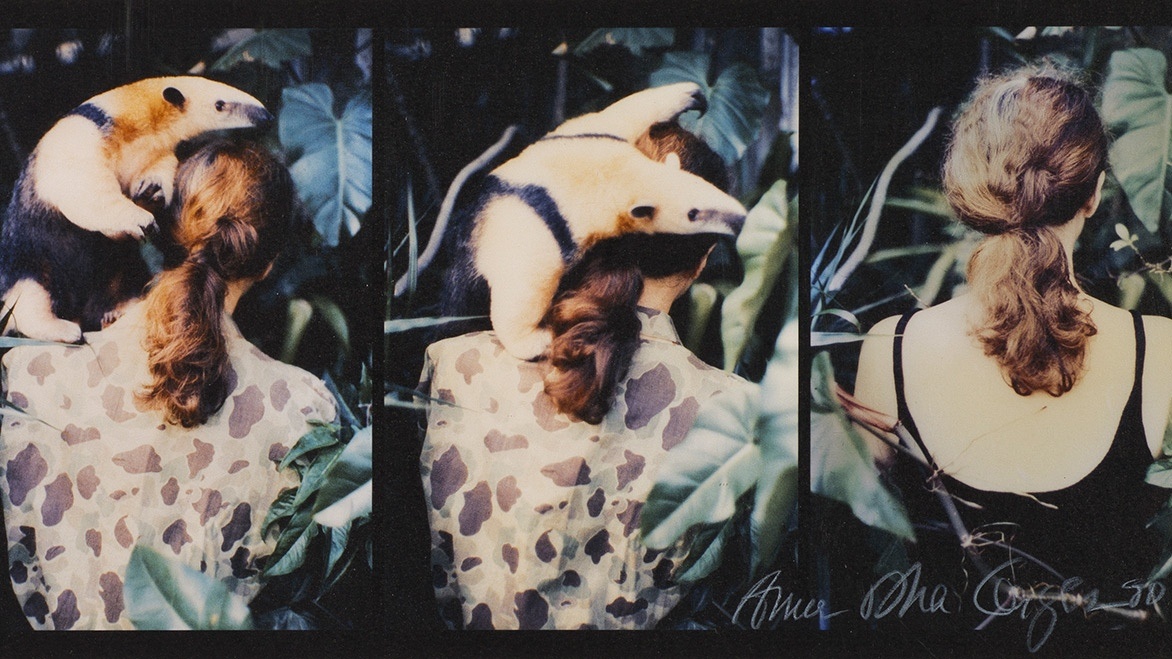 Anna Bella Geiger has been exhibiting her art for almost six decades. During this long period, she has demonstrated a remarkable commitment both to making and teaching art, while knocking at the door of art history with great persistence. She is among the most versatile artists in Brazil, and was a postmodernist sui generis before the term took on its specific meaning in the 1980s, but, ultimately, lost its significance by overexpo­sure. Anna Bella Geiger has produced a large number of distinct bodies of work, executed in differ­ent mediums: prints, drawings, collages, paintings, sculptures, installations, and videos. Her art fluctuates among figuration, abstraction, and conceptualism. The heterogeneity in her art reflects an impressive range of interests, which includes art, literature, philoso­phy and the sciences. That diversity is additionally reinforced though the exploration of the ambiguity of Brazilianness, which she has been examining in relation to her own biography and self and to the changing socio-political and cultural conditions around her — moving along, what she poetically calls, an ‘anthropological route’1. Geiger’s Brazilianness — fragile, contradictive and ‘problematic’ as it is2 — in fact activates the subjective, epistemological concerns central in her approach to art making.

In addition to the special, or territorial, boundaries, and their impact on our physi­cal, mental, and psychological orientation in the world — explored so tirelessly and imaginatively in Geiger’s drawings and collages from the 1970s — her ‘minimalist’ videos deal with the presence of another frontier, that of time. In the medium of video, there are, in fact, two kinds of time, the real and the reel (or the actual and the virtual), which operate simultaneously. The first of these, which provides the fourth dimension to reality, is connected to the events that shape our experience; the second swallows the former in order to feed artistic imagination. Consequently, while the real time in Geiger’s works ‘pulls’ us toward examining the political, cultural and artistic climate of Brazil in the 1970s3, it is the reel time — evasive, ontological, often humorous and layered with linguistic ambiguities — that protects us from the excess of information about the harsh realities around us, and ‘pushes’ that overwhelming experience into the realm of artistic representation with its proper history and praxis. This cinematic push-and-pull approach to time is fully explicit in Geiger’s earliest videos, Passages I and Passages II, both from 1974,4 in which the artist slowly ascends an indoor staircase and outdoor steps. The action is staged, yet it appears ad hoc; the camera is stationary, but the angle of filming constantly changes; and the time is continuous, yet fragmented and repetitive. In these videos, the artist visits places of personal importance to her in her na­tive Rio de Janeiro and endows them with collective significance by video recording the action. The seemingly Sisyphean activities shown were considered highly subversive in the tense political climate of the country under dictatorship, in which any descent from ‘normalcy’ was interpreted as a dangerous disguise for antagonistic divergence.

Acknowledging the historical and subversive significance of Geiger’s works does not reduce their status to that of time capsules. Displaced here from their original con­text, they await further reading, which must be linked to their current reception. Do they represent the ‘pure’ or the ‘immediate’ past? What do they say about our changing world? What do they reveal about us? How do they expand, or rearrange, our under­standing of ‘difference’ and ‘repetition’ and their connections to both real time and reel time? To ask these questions is to allow us to continue going along with Anna Bella Geiger, while acknowledging this artist’s highly valuable contribution to art in both the past and the present.

collaboration on the part of Zachęta/ Magdalena Komornicka 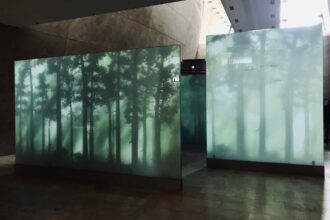 1000 years of the history Polish-Jews in Polin 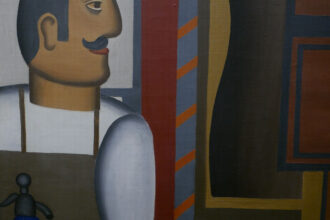 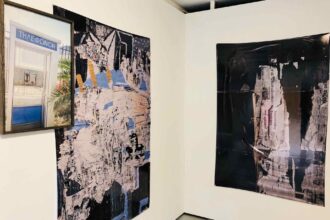