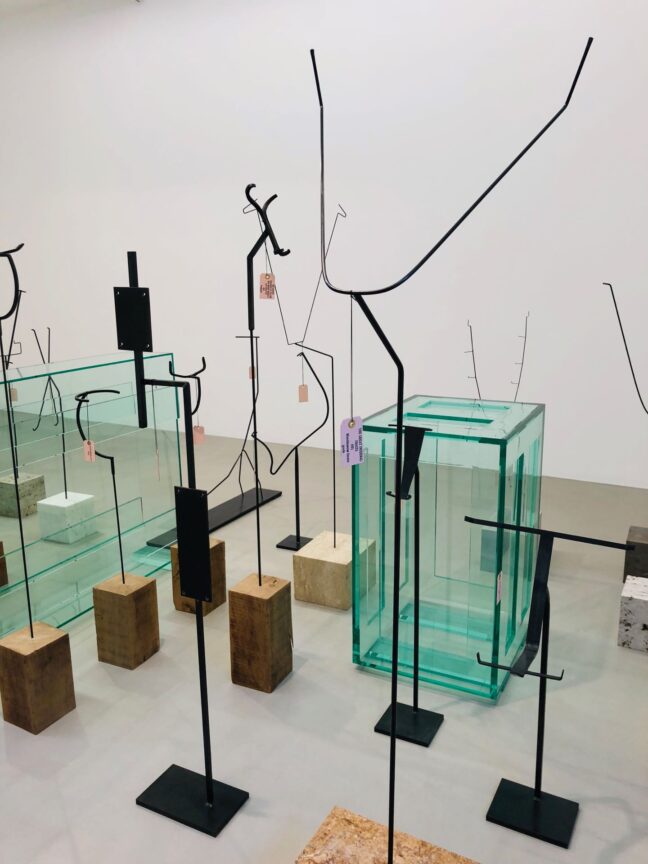 I have always worked where I lived. I would perhaps do better to say that I have always slept where I work. I have often visited my studio at night and from these nocturnal visits, Remanences, a series of black pencil on black paper drawings, was created. They depict my nighttime studio, or rather what I can see of it then.

The universe in which I work by day, whether actively or passively, is worlds apart from the one I leave behind at night, to come back to by day. It is a universe where time is at work, linking things together; a universe full of life, one that I surprise myself rediscovering. In his video installations Mapping The Studio I and II (2001), Bruce Nauman shows images of his studio, filmed  with an infrared camera for forty-two minutes at a certain time of night over a period of some months. If nothing much happens in these nocturnal views, there is a world rustling here, as you can hear in the sounds of insects and animals (dogs barking, coyotes howling), as well as distant trains, and the passing of a cat, of mice. The studio is an environment connected to living beings and things endlessly harbouring and producing micro-events. It lives by day and night. Above all, it is time that passes through this space, awake, possessed of thought and dreams, when the things that populate it are resting, night fallen.

The studio is at once a physical and a psychic space. It is connected to a whole array of living being and things that make it up, but it is also a place where ideas and things connect (a place where ideas become things and things become ideas), brought to life by the mind, by consciousness and unconsciousness, by things themselves. For me, these two dimensions are inexorably bound up in one another. In the environment of the studio, every object is brought to a point of transformation, of finding a new definition, whether in the wat it connects to other objects (whatever there are), or in its materiality, in its dimensions …

The observer leaves with freeze frames of worlds explored, and it is indeed a snapshot of this waking universe, this world of possibilities, that I have kept in suspense of my exhibition. Here, everything has mutated, changing its materiality in order to become fixed in time, in binding ties that fix things one to the other. This frozen movement and this doubling of the objects in their mutation cause the environment of the studio to appear as if in a dream.In the strange process of fossilization that has taken hold, the elements populating this space, however different, acquire the status od a work, and the difference separating them are forgotten, put to sleep for eternity.

This is where the voyage around my studio takes place. 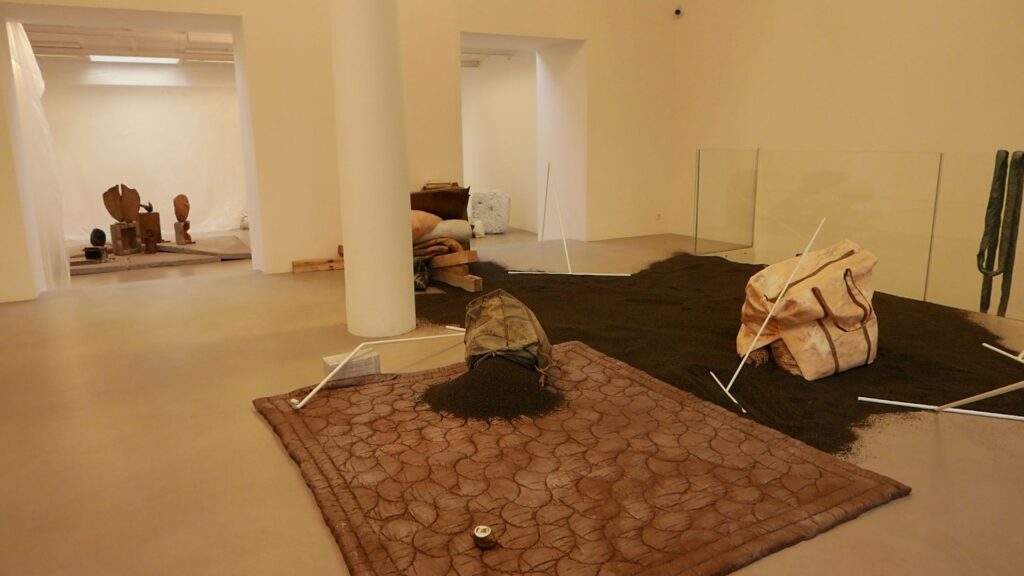 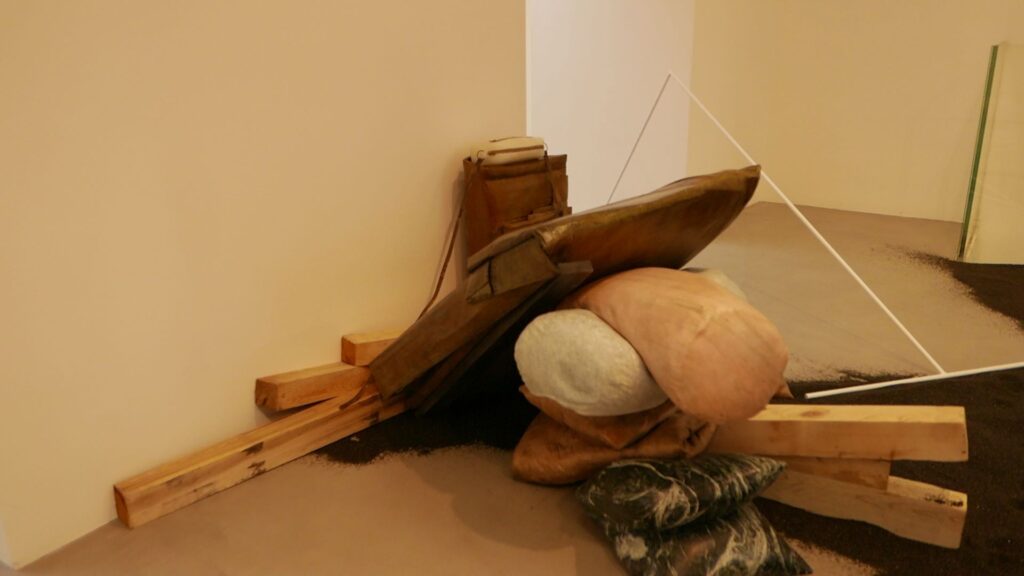 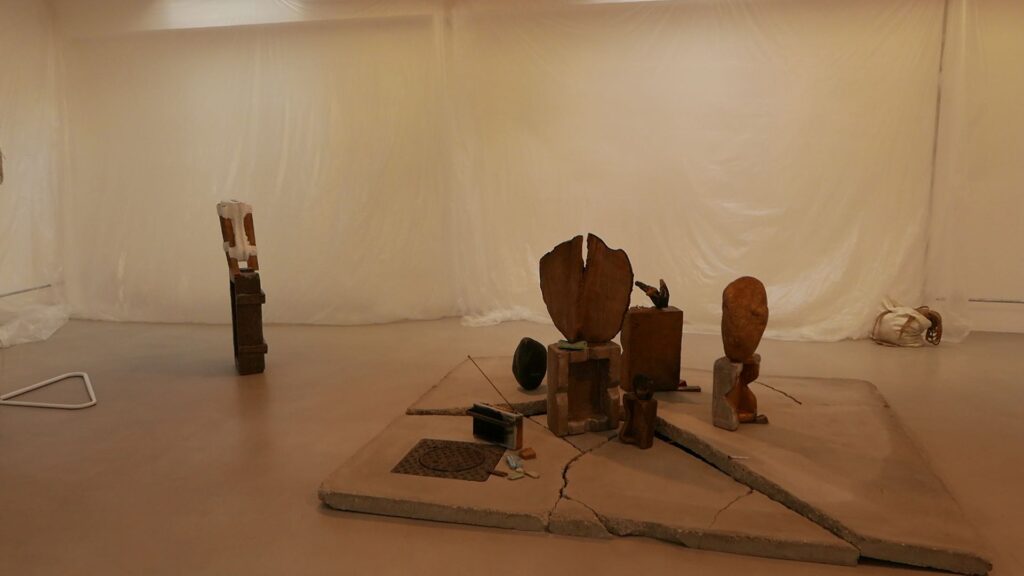 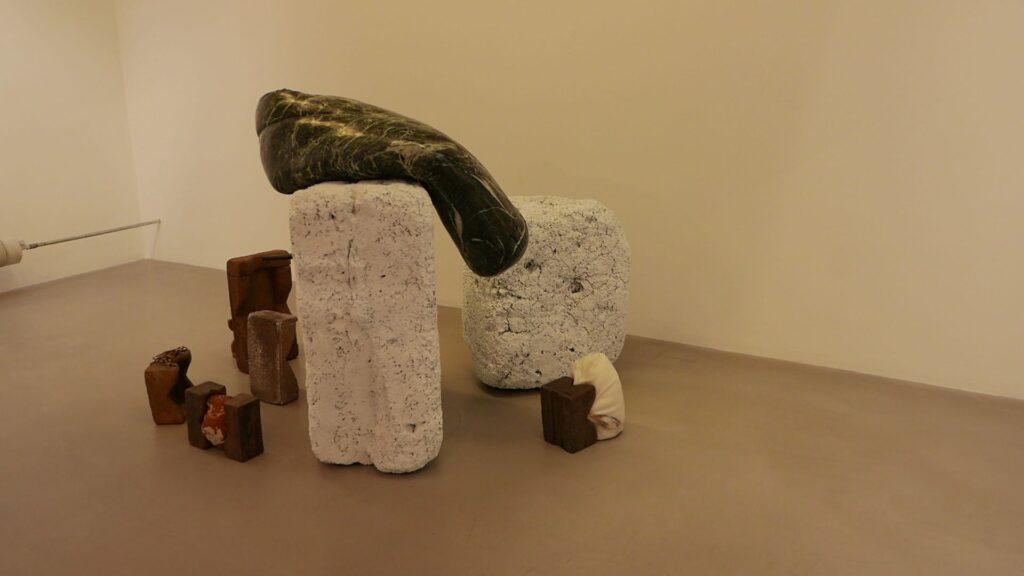 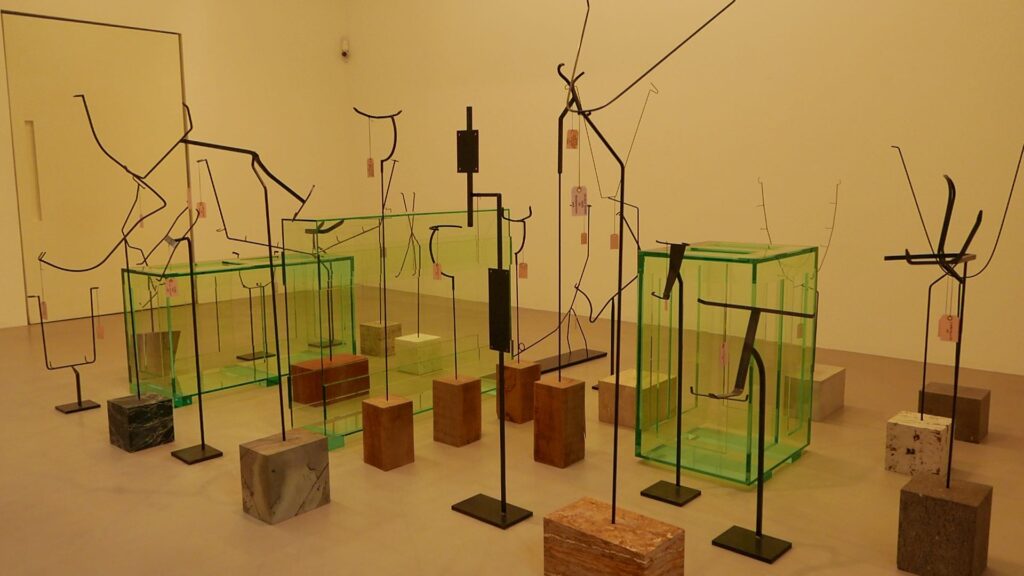 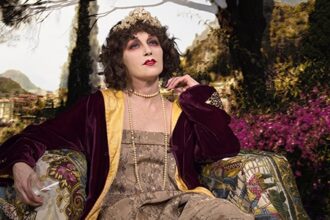 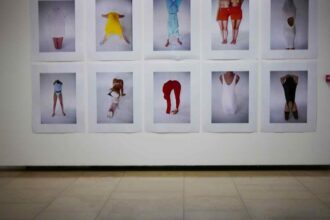