It’s been a long journey for multimedia performance artist turned rapper and producer, Zebra Katz. Emerging from the same electro-tinged, fashion-aligned New York scene that also produced the likes of Lana Del Rey and Azealia Banks, the Brooklynite first came to prominence with “Ima Read,” a growled minimalist banger released by Diplo’s Mad Decent imprint in 2012. The video has since accumulated more than 2 million views on YouTube, while the track provided the sonic backbone for a Rick Owens show at Paris Fashion Week and landed remixes from the likes of Tricky, Azealia Banks, Gangsta Boo and Busta Rhymes. In the years that followed he’s grown and grown, releasing music through Mad Decent (namely the mental Tear The House Up with Hervé) and the bass-centric Helsinki label Signal Life, as well as independently through his own label ZFK Records – all while touring his live show round the world. 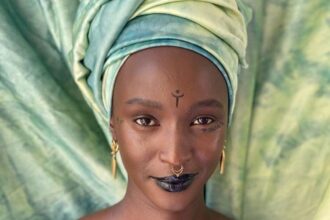 Lous and The Yakuza. Amigo