Public artwork, called Limes, lined up along the edge of the building’s roof. Made up of six mask-like reliefs of human faces shaped from wire mesh.

Edoardo Tresoldi plays with the transparency of mesh and with industrial materials to transcend the time-space dimension and narrate a dialogue between Art and World, a visual summary which reveals itself in the fade-out of physical limitations. Mixing classical and modern language, he generates a third one, strongly contemporary.

Born in 1987, he grew up in Milan where, at the age of 9, experimented different languages and techniques under the guidance of painter Mario Straforini. In 2009 he moved to Rome and started to work in various creative areas.  Cinema, music, scenography and sculpture gave him a heterogeneous vision of arts and became a platform for experimentation.

Since 2013, he performs public space interventions, focusing his research on genius loci and the study of landscape elements. His works have been featured in public spaces, archaeological contexts, contemporary art festivals, music festivals and group shows.

In 2016 he carried out, together with the Italian Ministry of Culture, the restoration of the Basilica paleocristiana of Siponto, a unique convergence between contemporary art and archaeology. The Basilica has been awarded the Gold Medal for Italian Architecture 2018 – Special Prize to Commission, the most prestigious Italian architecture award established by the Triennale di Milano.

In January 2017 he has been included by Forbes among the 30 most influential European artists under 30. In April 2018 he realizes “Etherea” for Coachella Musics and Arts Festival, one of the world’s most anticipated and important music events. It is his biggest artwork to date and also the the largest of the California festival. 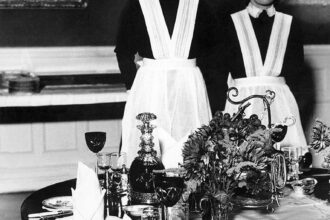 by IN Places
art / Barcelona / design 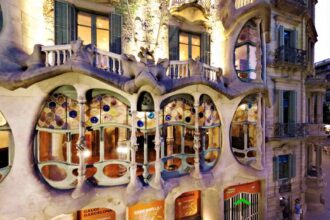 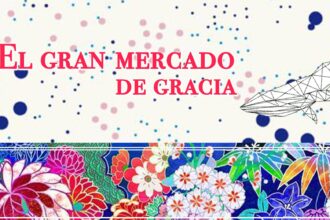