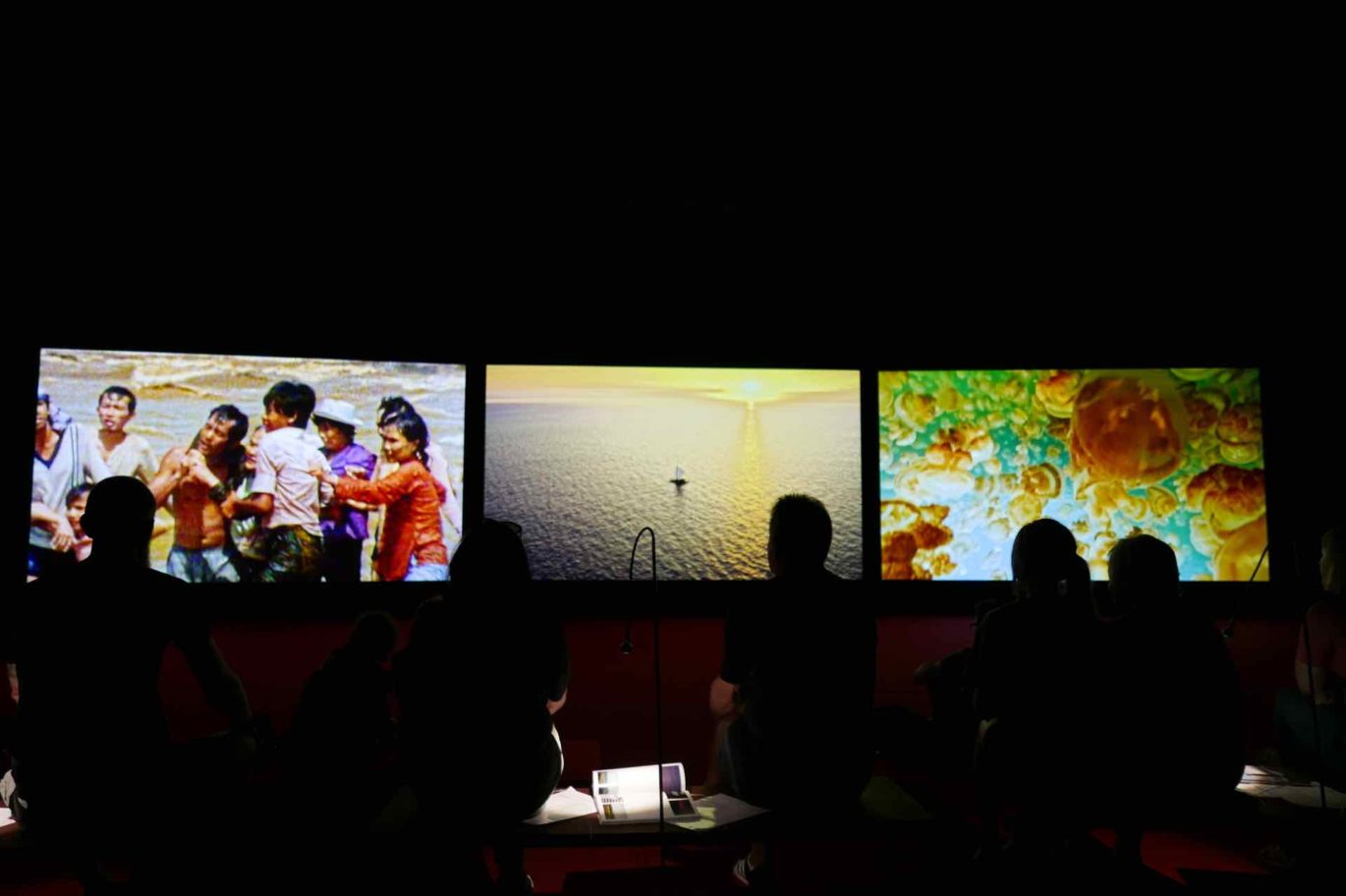 The title of the exhibition consists of two parts defining its thematic scope. The former introduces the concept of alienation, which is used by some research perspectives to describe contemporary society in its multiplicity and diversity resulting from the complexity of our surrounding reality: post-industrial, digital, global, consumer, informational, postmodern, late modern, etc. Since the late 19th century and the dawn of modernity, the concept has been inscribed in one of its critical trends — the alienation of humans in modern society caused by the negative changes taking place as a result of the increasing objectification and capitalisation of all values and relations. This reflection is dominated by the view that society is not organised in such a way as to meet human needs in their full and authentic dimension. As a consequence, this concept no longer describes the individual experience of alienation, but in the diagnosis of researchers, it refers to a collective disease.

Alienation from a subjective perspective is expressed through a lack of a sense of reality and a loss of real contact with the outside world, but also through conformism, submission to false authorities and dissolution in their expectations; replacement of the value of the object with an exchangeable value; reduction of human uniqueness to the value of an object and the category of numbers; alienation of the production process as a result of the corporate revolution and alienation of individual private property; a high level of fear and chronic anxiety with unstable self-esteem. Conformist attitudes have serious psychological consequences in the form of alienation from one’s own self, but also from other people, especially in relations marked by differences in race, ethnicity, geography, economy, gender, generation, ideology, culture. The tensions entailed are regulated by the necessity of domination and control, mass production, but also gigantic consumption, with the rapid satisfaction of increasingly artificial needs. Alienation describes the relationship between a socioeconomic structure, a capitalist economy geared solely towards profit, and an individual who lacks a sense of identity within themselves.. It is no longer the concept of alienation, but a far-reaching self-absorption combined with greed that defines the modern transformations that have negative consequences for the whole earthly civilisation — earthly, because we still hope to discover life in space…

As a result of the changes in the last three decades, alienation affects all dimensions of human activity. The origins of such a widely defined concept lie in the lack of rational human control over one’s own development, which does not keep pace with high technological achievements. The world is no longer a force alien to the individual — it is humanity that moves away from the world through the plundering exploitation of its resources and the lack of ordinary ‘human’ concern for the nature and existence of other species inhabiting the earth, which consequently endangers the human species.

At this time of negative changes, when alarming reports of a catastrophe threatening the Earth are being published, the concept of total alienation shows the need for a turning point — action — because the threats are so serious that they may result in a great ‘fire’. The latter part of the title refers to this issue and is taken from a text by American writer James Baldwin published in New Yorker in November 1962:

Everything now, we must assume, is in our hands; we have no right to assume otherwise. If we — and now I mean the relatively conscious whites and the relatively conscious blacks, who must, like lovers, insist on, or create, the consciousness of the others — do not falter in our duty now, we may be able, handful that we are, to end the racial nightmare, and achieve our country, and change the history of the world. If we do not now dare everything, the fulfillment of that prophecy, re-created from the Bible in song by a slave, is upon us: God gave Noah the rainbow sign, No more water, the fire next time!

Apart from the writer’s characteristic preacher tone, his convictions and thoughts, referring to racial conflicts from half a century ago, but still valid in the contemporary world and taken up, among others, in artistic work, serve as the most important track leading to the necessary turning point in the history of mankind. While remaining in a state of alienation — alienation from each other, from others and from the environment — the processes of degradation will only advance. Can we break our self-absorptions, stop the processes of global alienation and empower values and relationships? Faced with political alienation and its negative impact on the processes of democratisation and the growing fascist turn of attitudes, can we turn back to the path of tolerance and affirmation? Will the white race share the power? Are we capable of making a structural shift in the commercial phase of the organisation of society, which has reached its peak in capitalism?

The exhibition consists of seven films by outstanding and renowned artists; some of them are presented for the first time. They show in different ways the condition of people, the Earth, what we are losing and what we desire, the effects of the different forms of alienation that we experience globally today. They make us aware of the causes of alienation, the mechanisms of destructive human behaviour, recalling historical and contemporary events that affect the state of today’s world. These works are part of a diverse trend of alienation criticism of contemporary culture, which aims to uncover the truth about often hypocritical aspects of reality. Behind them are political, economic, racial and gender differences, as well as violence, greed and anti-humanism. This also includes isolation from nature and its devastation, which is a real threat to the entire planet. Both the works at the exhibition, and above all the contemporary socio-political context, resonate with the views of Joseph Conrad, who already at the turn of the 19th and 20th centuries captured the universal mechanisms associated with globalisation, the dark sides of civilisational progress: imperialism, terrorism, plundering exploitation, all those hearts of darkness, where, under the guise of development, cruel exploitation continues. The exhibition also features a cosmic motif — a desire to make contact with ‘aliens’ resulting from our sense of isolation, but also a desire for extra-terrestrial expansion, which seems paradoxical in the absence of harmony on Earth. Another theme is the search for roots, the primeval beginnings of humanity, perhaps as an antidote to alienation, but also marked by difficulties, chaos, information overload and just plain inability to reach the truth. Racism and colonial and post-colonial issues are important in the context of the exhibition as an example of multiple ‘betrayals’ of humanity. In the dimension of individual and group experiences, alienation criticism of culture touches upon the issue of restoring dignity and equal treatment of every human being, the right to live in accordance with one’s own convictions. By showing the processes of de-alienation, such as escaping into sophisticated wealth, rejection or exemption from the obligation to understand others, the exhibition does not only show a catastrophic (though very real) vision. Its finale is an act of also counteracting alienation through assertiveness, resistance and the strength of the body and soul. The power that lies within us — individual and collective — must resound in a cathartic burst. Otherwise, as Baldwin wrote, there will be the fire next time! 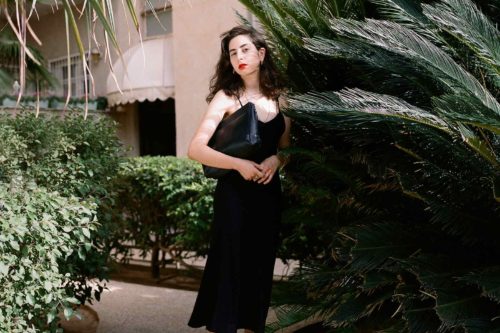 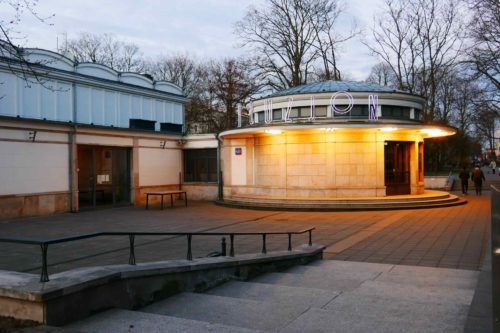 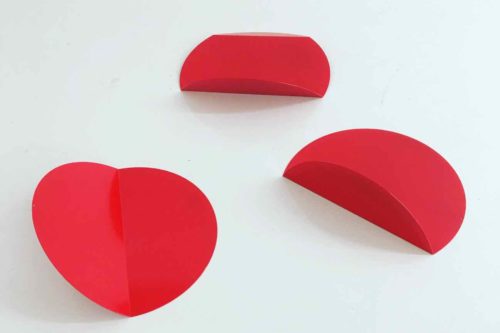 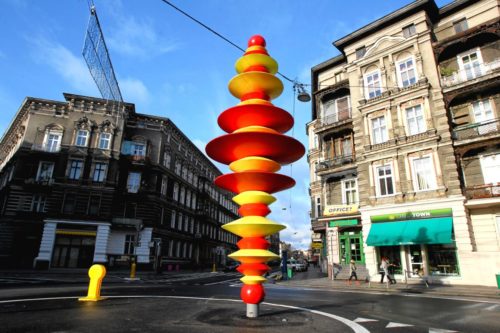