Florence Lazar (born 1966 in Paris) is an artist, filmmaker and photographer. In her work, she seeks to reveal the emergence of a way of speaking, the gestures of an individual or a group in a precise geographical and social context. She is interested in what conditions people’s gaze, in their strategies of display and the ways people have of grasping objects, which transform speech into political action. Her films are often shot in places where conflicts or crises have reconfigured everyone’s narratives. Historical investigation and the processes by which history is transmitted are the vectors of her work.

The exhibition of work Florence Lazar features a selection of films and photographs produced from 2000 to the present day. There is no single thread in the presentation; the exhibition interweaves chronology and the various themes addressed by the artist – the territories of former Yugoslavia since the war, for example, the urban transformation of a Paris suburb, as well as ecological problems in the Caribbean. In order to reveal the connections and to bring the various issues to the fore, the exhibition is organised in three sequences. The first concerns space, its construction and the tension between the private and public sphere; these are fundamental themes in Florence Lazar’s work. Transmission, through one’s actions, and the construction of self form the central hinge of the exhibition. The third sequence raises the question of the falsification and omission of historical and political facts.

One of the challenges of the exhibition is to bring out the minority perspective of the artist’s narratives, particularly in her videos and films: a Serbian peasant at the end of the war in Les Paysans (The Peasants); in Les Bosquets (The name of a housing estate), the heightened rhetoric of discourse about the suburbs and Clichy-sous-Bois-Montfermeil, the flashpoint of the 2005 riots in France; the intellectual and militant career of an old man, rekindled as he unpacks his library in Confession d’un jeune militant (Confession of a young militant); in Kamen (The Stones), the denial and erasure from memory of the Bosnians, which is like an extension of ethnic cleansing in what is now the enclaved Serbian Republic of Bosnia; or, more recently, the attention she has focused on the consequences, in Martinique and Guadeloupe, of using a pesticide banned elsewhere. Florence Lazar often seeks to transmit, to give visibility – at the same time providing evidence – to that which previously lacked visibility (points of view, contexts, or narratives), thus placing centre stage what had been either left on the sidelines, rendered invisible or forgotten.

This strategy crops up throughout the exhibition. We see it in the discussion group in Femmes en noir (Women in Black), a video giving a kind of off-camera view of the war in ex-Yugoslavia and giving voice to a marginal and dissident, barely heard, female narrative. The strategy is applied again to problems of comparable resonance but on different subjects. In this vein, the artist’s ongoing ambitious project on the use of chlordecone (Kepone) in the banana plantations of Martinique and Guadeloupe raises the question of a disregard for workers’ health and safety that suggests a prolongation of colonial period exploitation. The repositioning of private space into public space, which lies at the heart of Lazar’s work (whether it is the role of women during the war in ex-Yugoslavia, for example, or scenes of women talking on a carpet outside) is a translational shift that sheds light on a feminist reading of her work.

Another angle on her work is to show how the devices used to draw out a person’s thoughts, often by means of static shots borrowed from photography and from the artist’s previous portrait work, become rarer, gradually giving way to movement, literally and figuratively, and then to finely wrought editing. This movement is also a form of transmission in itself. It is an opportunity to get closer, to cross the threshold of the image and to go with the movement, allowing us to explore these disparate narratives and attempt to unravel the tangles of the story enacted before our eyes.

Florence Lazar’s exhibition and her work can also be seen as a condensation of our perception of what we see, an experiment involving our gaze and our attention that will lead us towards understanding, since no clues are offered at the outset. We will not come away with answers. The best we can hope for is new questions – fragments to be put together, and connections to be made, from the subjective facts and stories that Florence Lazar presents to us. 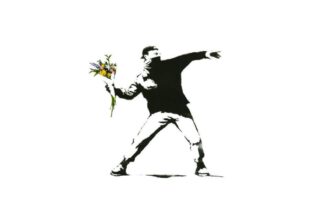 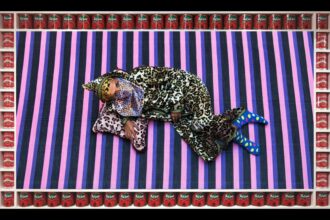 How Hassan Hajjaj sees world of fashion? at MEP 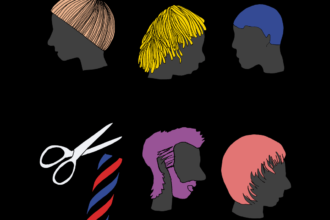